Have you sufficiently recovered from all the Super Bowl Mania?  I have, only because I didn’t participate in any mania.  When I lived in Seattle, my brother and I would alternate who would host the Super Bowl Party each year – all our friends would gather for revelry and fun.  I miss those days, I’ll admit.  Since moving to Pennsylvania, it just hasn’t happened.  Another reason why I’ll be very happy to move back West again.

Princess Nagger and I did catch Madonna’s performance during the halftime show: 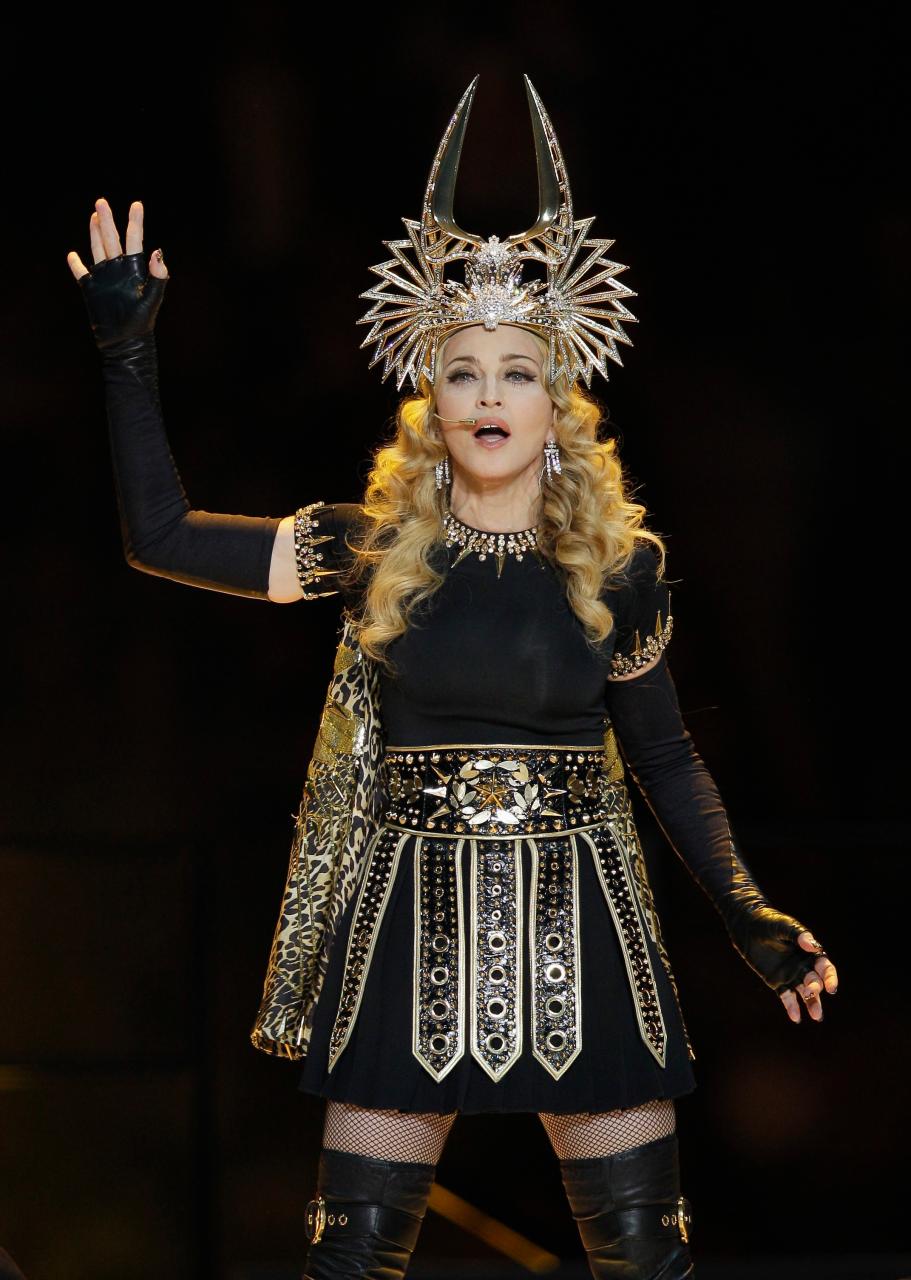 I thought she put on a great performance.  Sure, I couldn’t quite figure out if she was lip-synching or actually singing, mostly because to me it sounded like they didn’t have her mic turned up loud enough.  Or it could have been my TV, since I don’t have the surround sound hooked up, and Princess Nagger and I had been playing Skylanders earlier – it’s possible we still had it set on the sound setting for games.  At any rate, I thought she did an awesome job, and if I could look and move like that when I’m 53, I’d be a happy camper.

Such a bummer, though, that M.I.A. sort of stole the headlines yesterday with this: 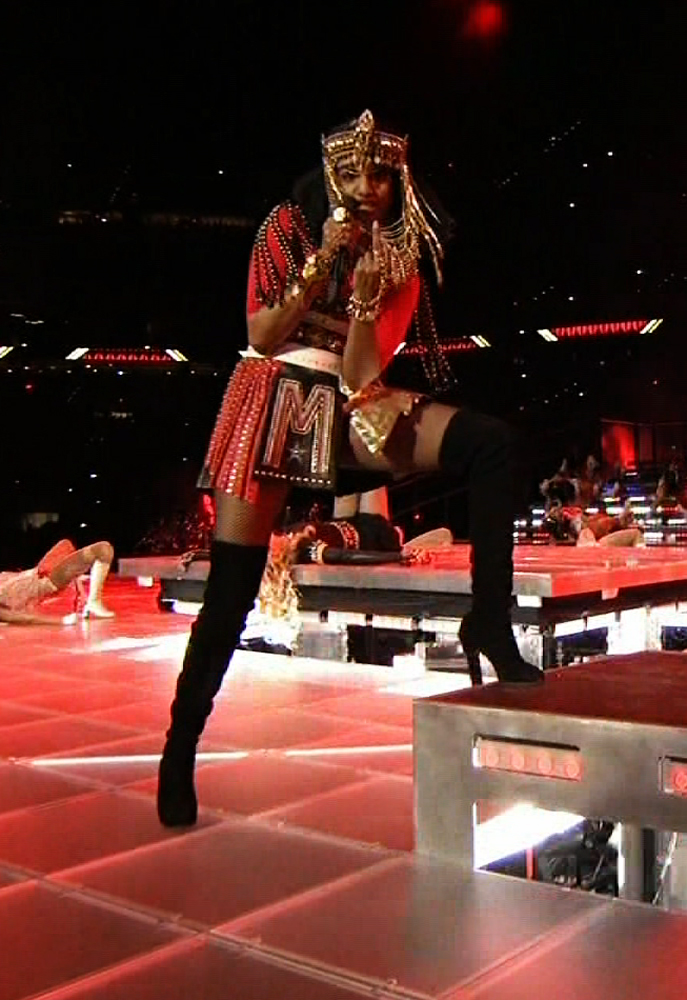 I never noticed it during the performance, and when I read about it asked Princess Nagger if she saw it.  She didn’t see it, so I of course had to scour the internet for a picture and found that one.  When I watched the ‘offending’ clip, the difference between the picture above and the actual clip is that the broadcast performance was much further away (vs. the extreme closeup) and you have to have some serious equipment to be able to freeze the frame at the exact moment to really catch it like that – I tried unsuccessfully to do so myself, just as a comparison.

So basically, if you blinked at that very moment, or weren’t specifically looking for it, you missed it. Like we did.  And who cares?  No need to rob Madonna of the accolades she so well deserves for her big night.

On a totally different tangent, remember our Skylanders craze? I’ve still been stalking all the stores that carry the characters and now have all the ones that are currently out (waiting for Spring when the next round is released) and I actually ended up getting duplicates.  Ooops.  Guess I went a little overboard with excitement.  I suppose I’d either better return them soon, or stick them on eBay while they’re still demanding a high price before the hype fades to black.

Last night Princess Nagger was going to go out to the Summer House to play her favorite song and play with the cats when she heard meowing from outside.  She went to investigate and saw a gray cat running away from our back porch. She came upstairs where I was reading Little Dude’s bedtime story to inform me that there was a strange cat in our yard, and that our indoor cat, Zelda, had escaped outside again.

She’s begging me to please see if I can catch the stray cat so we can keep it.  She’s thinking leaving cat food out on the back patio will do the trick.  She also thinks if the cat food doesn’t work, we can try tuna fish.  (By the way, she asked me to write about it in my post for today, and ask you all if you think that’s a good idea – the previous was literally dictated by her).

36 thoughts on “Madonna Still Rocks, M.I.A. Steals the Headlines, and another Stray Cat”