Did you all have a Merry Christmas and a Happy New Year?  We were gone the whole time, so it feels like we’ve been gone forever, even though it’s only been a little over a week.  Back to reality today though – and a house that looks like a tornado went through it after we unloaded both cars last night after getting home.  Only gone a week, and it looks like it’ll take a month to get everything back to ‘normal’.

When we arrived at my sister’s house on Christmas Eve, after unloading the cars there, her tree was bursting with goodies: 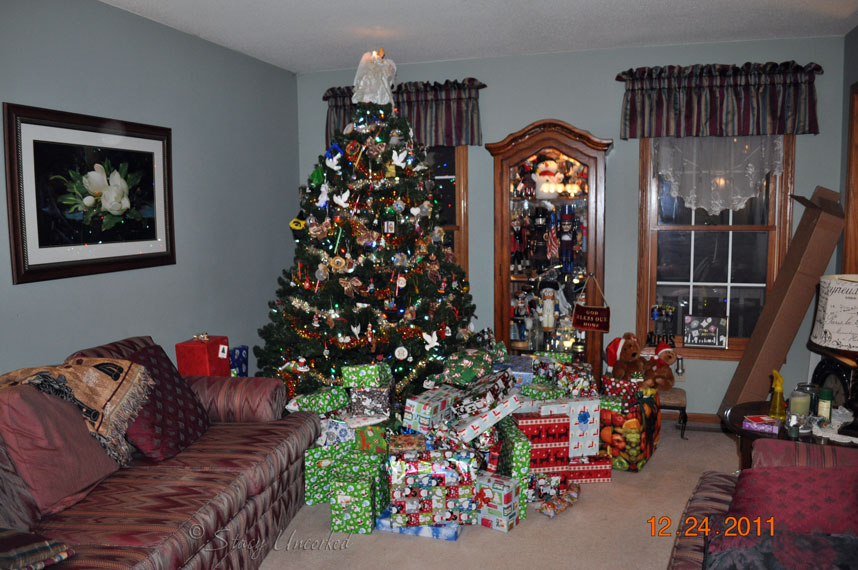 The kids patiently posed for pictures before we dug in: 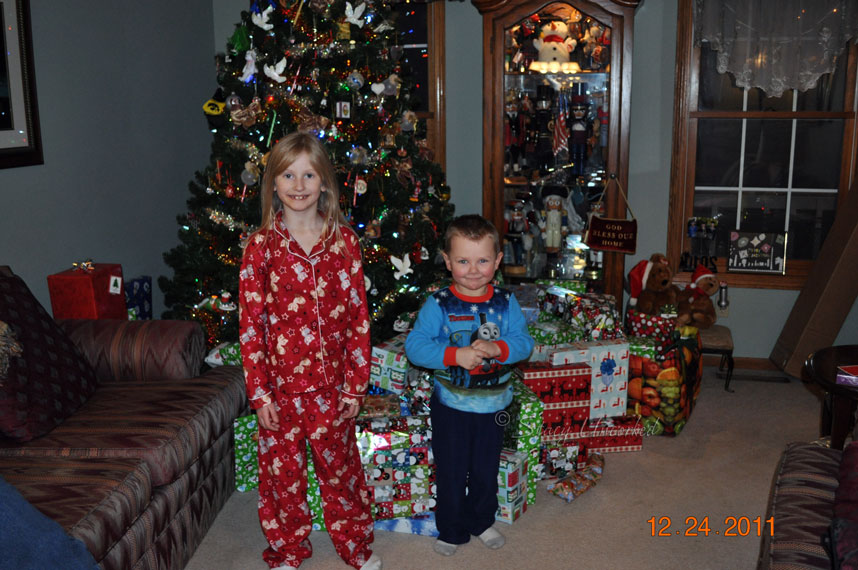 And hammed it up for the camera, naturally: 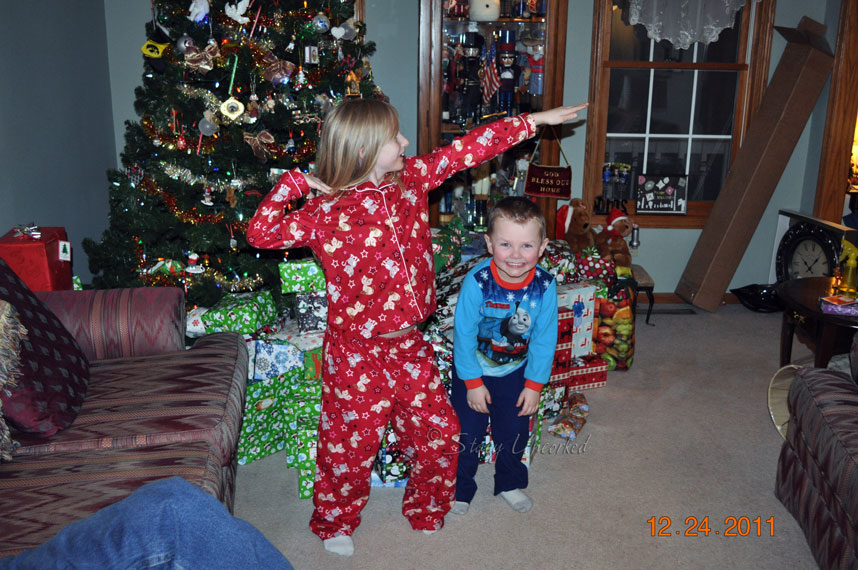 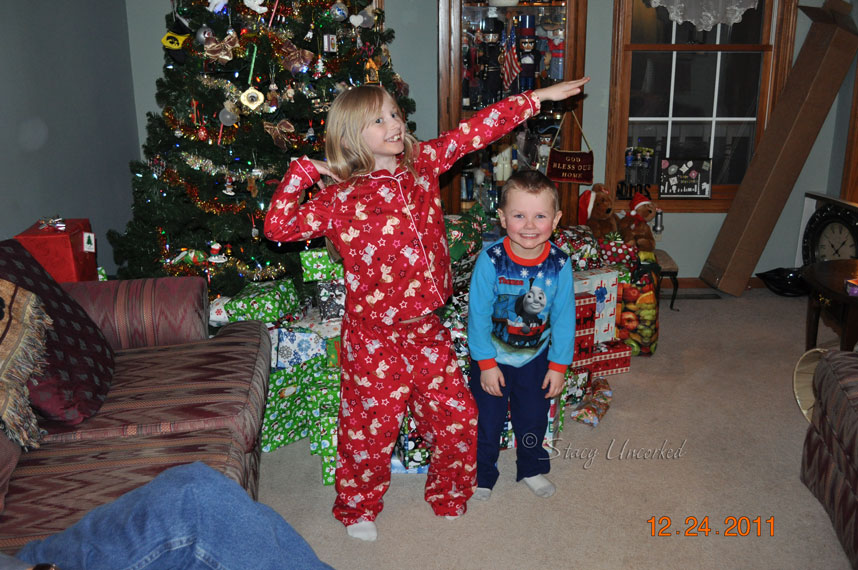 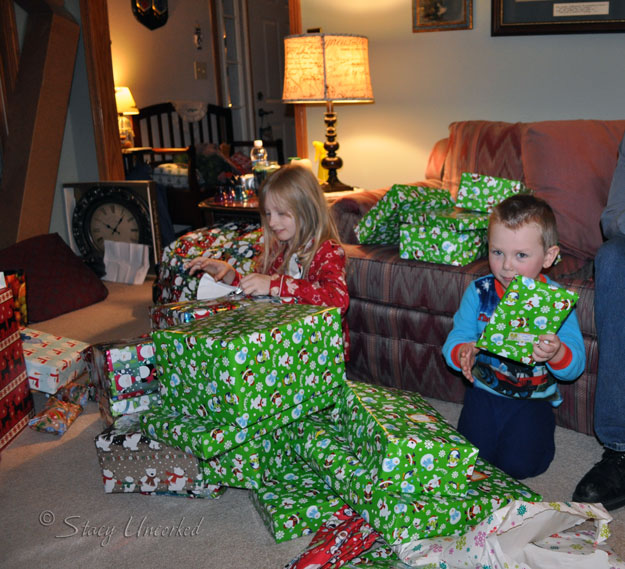 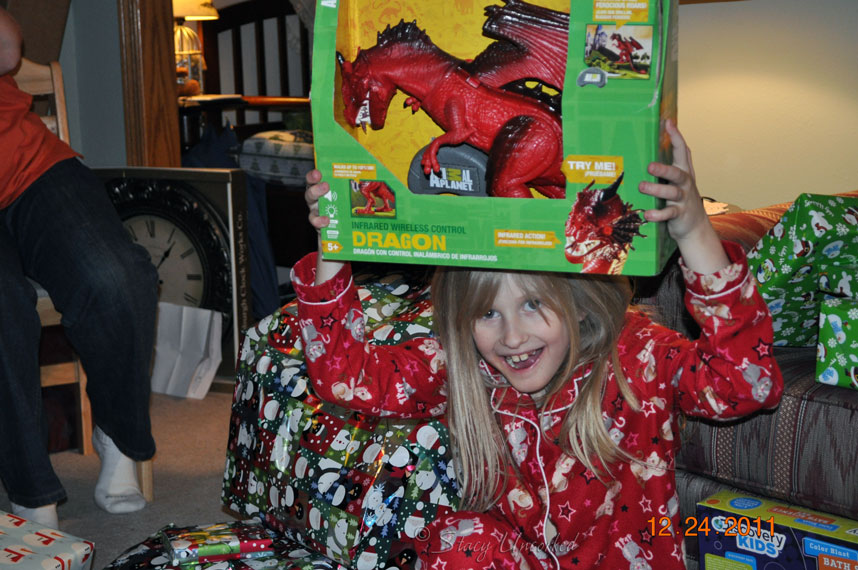 That’s only the beginning – and before Santa’s arrival the next day.  I think I went a little crazy buying gifts this year.  Oh well, they’re only young once, right?

We had an enjoyable time visiting with my sister and her family, spending time off the computer was a nice change of pace.  Our first day of our 2-day drive back on New Year was a bit nerve wracking, the high winds all the way from Iowa to Ohio made driving an interesting task.  It did, however, bring some awesome cloud formations to admire: 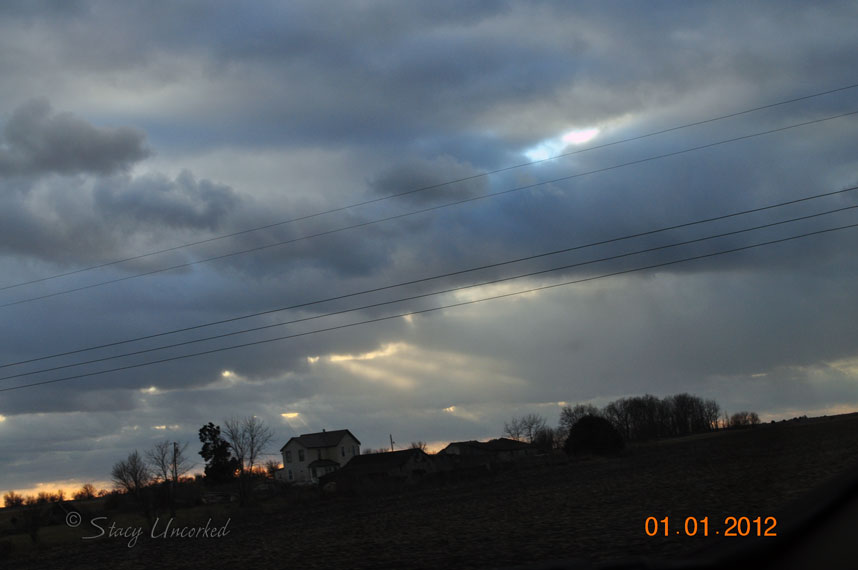 Princess Nagger thought I was crazy taking that picture while driving, but I couldn’t resist.  I have more to share tomorrow.  Crazy? Yes.

The second day of our 2-day trip brought snow for the drive – even more nerve-wracking than the high winds. I couldn’t get a clear picture, but you can sort of get the idea from these: 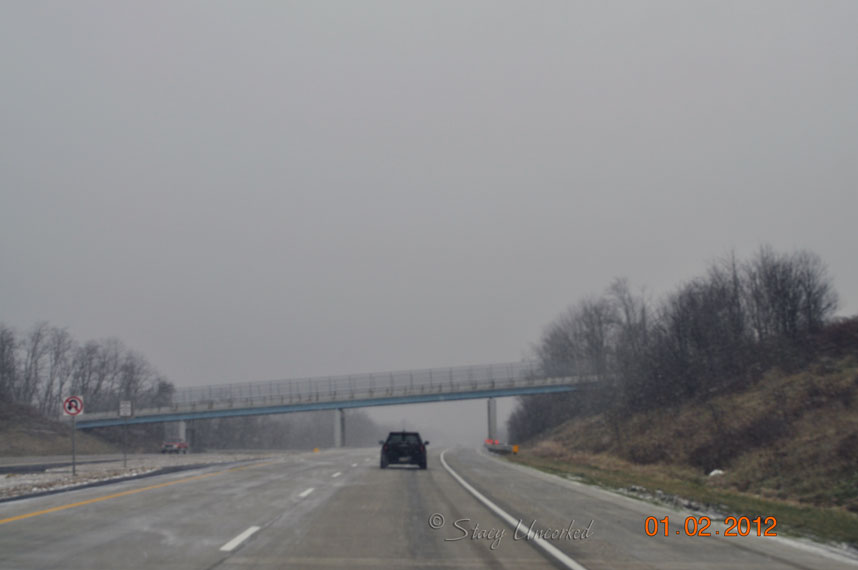 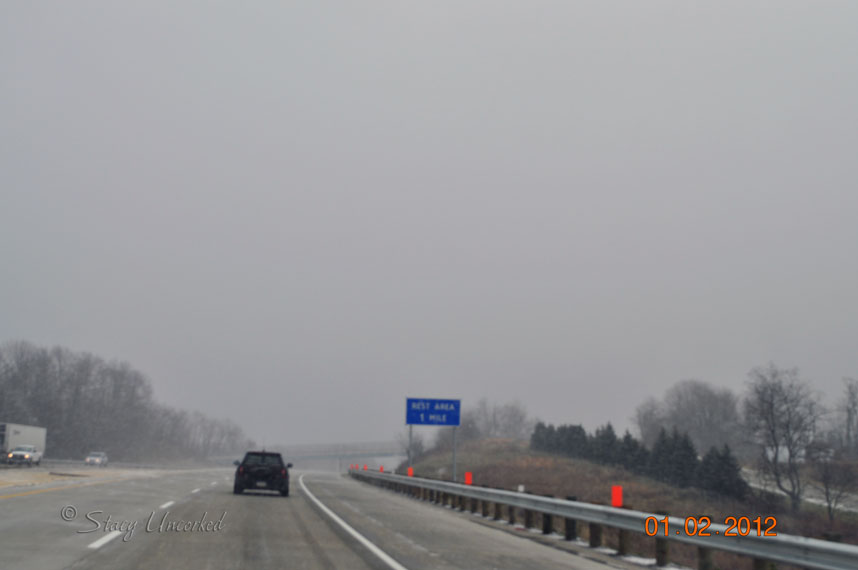 That’s my hubby’s Mini Cooper – I took those pictures before it got really bad. After that, I needed both hands to grip the steering wheel tightly as I tried to keep his taillights in view.  Lots of cars ended up skidding out and not being very lucky on the slick roads, and the intensely blowing snow caused major visibility problems, but we’re thankful we made it home safe and sound.

And since this post isn’t really random enough, here’s something random for you: 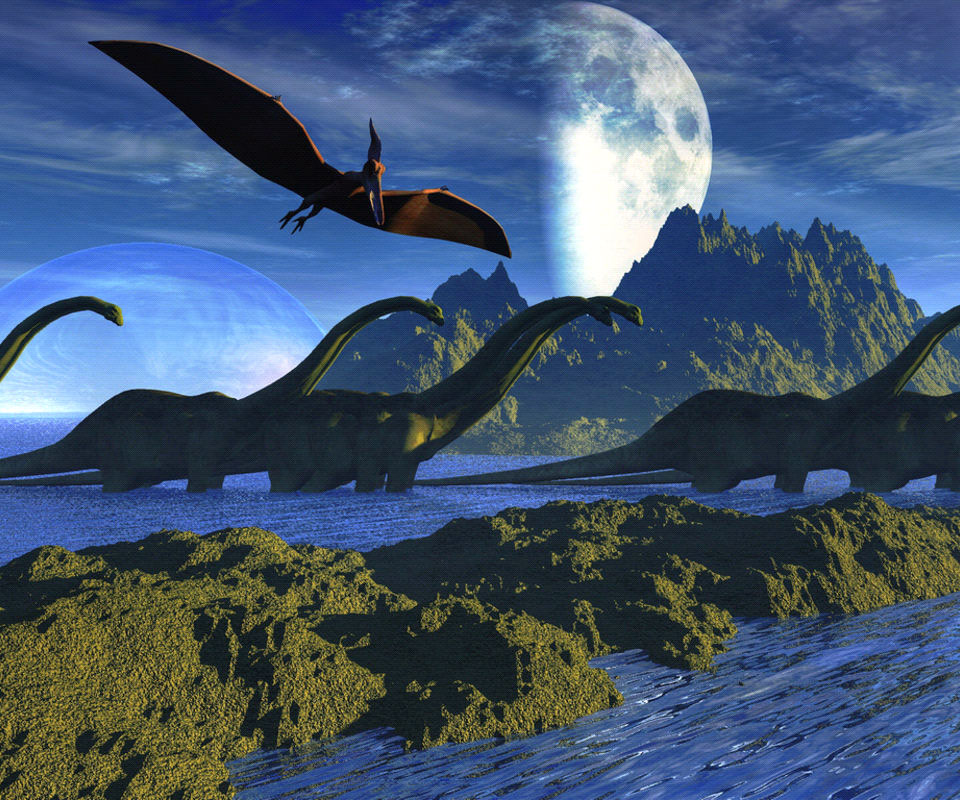 That’s my background image on my cell phone in honor of Princess Nagger.

That’s it for this week, I have my work cut out for me playing catch-up now that I don’t have to fight my nephew’s video game for internet bandwidth (and he can play his game without me trying to hog the bandwidth, right Jon?) getting the house back in order, the loads of laundry that are currently taunting me, and the grocery shopping.  It’s Back to Reality – and a whole new year of fun.

Link up and hop around to all the other awesome randomizers – they’ve been so good at keeping the flame of randomness alive while I’ve been off gallivanting around.  Rebel On!