Did you hear?  The Annoying Orange is coming to Cartoon Network. Princess Nagger has been obsessed with searching to see when it comes on.

So far nothing – though when I Googled it the other day, the date is vague (as in, 220;sometime in 2012”) and I found out that they’re also going to be selling toys and other items at Toys R Us, and T-Shirts at jcpenneys. In fact, Toys R Us already has the toys available:

Speaking of annoying…  I’ve mentioned before that we have really annoying neighbors.  And I’m not talking about typical neighbor annoyance (like their wandering pit-bull that constantly uses our yard as his personal toilet), these guys are full on top grade asshats.  It’s so  mind boggling it’s going to take its own post though, so I’m thinking I’ll have to join Small Town Mommy and the ladies of Blue Monkey Butt for What the Hell Wednesday tomorrow to do some venting.

Let’s just say that our move West cannot happen soon enough for me.

In better news… Have you heard about the newest coolest video game, Skylanders: Spyro’s Adventure? 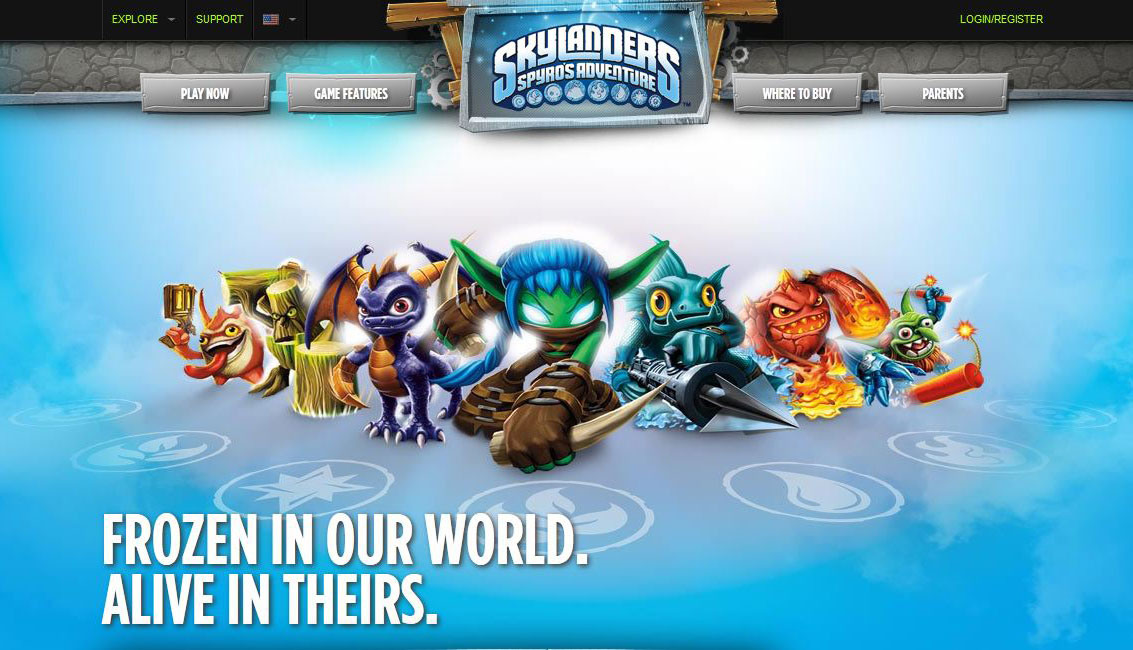 They have versions for Wii, PS3, XBox 360, PC and Nintendo 3DS.  It’s become a Skylanders Craze.  Post-Christmas the little action figures are completely sold out all the time.  No one can seem to keep them in stock – which makes sense, since they’re only 7.99 for individual figures at Target, 9.99 at Toys R Us, but sell for three times that (and more) on Amazon or eBay.

I’m kicking myself since I could have had my pick before Christmas (at the cheap prices), but since I hadn’t surprised the family with my wicked-cool Black Friday purchase of a PS3 system (I saved it as a ‘bonus’ Christmas present after we got back from Iowa – no sense in taking it with us wrapped, only to have it taunt us unwrapped until we got home to hook it up).  I didn’t want to spoil the surprise by picking up extra action figures beforehand – with the multitudes they had in stock the week before Christmas, I figured I was safe.

Now they’re sold out everywhere…and none of the people working at those stores know when they’ll get them in, just that they will at some point.  And apparently, when they do have stock, people come in and buy multitudes of them right away, wiping out the stock in short order.

I finally figured out why – because then they turn around and resell them on Amazon or eBay or similar locations for 3 to 10 times the cost. Crazy.  I’ll just wait until the craze dies down and muddle through with my measly 4 characters.  Once the craze has died down (Tickle Me Elmo, anyone?), they’ll start staying on the shelves at the cheaper price so I can get some.  Patience is a virtue, after all.

OK, so not quite as random, but I’ll see if I can conjure up more randomness randomly next week.  Meanwhile, feel free to link up and hop around to all the other awesome randomizers – they’re all so entertaining. Rebel On!

Note:  No part of this post was sponsored in any way, though if Activision feels like sending some Skylanders characters my way, I certainly wouldn’t protest, and Princess Nagger would give them a really good home.  The Annoying Orange can keep their stuff, I’m not telling her they exist.  It’ll be bad enough when I’ll have to listen to the Annoying Orange in High Def instead of on her little laptop. No offense.