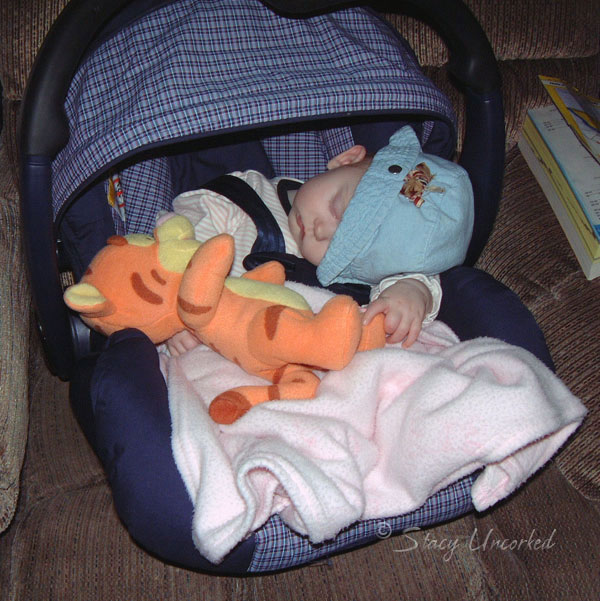 From infancy until about 5 years old, Princess Nagger had a regular daily nap.  Not only was it a necessity to ensure she would get the appropriate amount of sleep for her age, but it also benefited me in that block of afternoon quiet time.  You know, for sanity’s sake.

Rarely did I have any issues getting her to go down for a nap – it was a regular daily scheduled event, and she seemed (mostly) happy to comply.  She’s a good sleeper, and can fall asleep anytime, anywhere, as obvious by the picture above and this one: 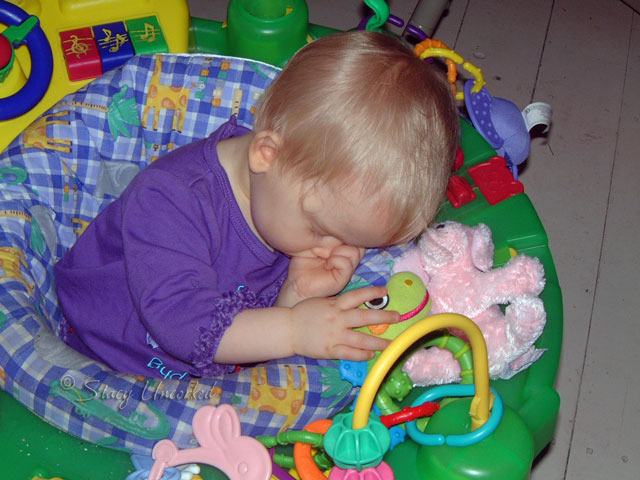 Though some days her feelings about naps where subliminally obvious like here: 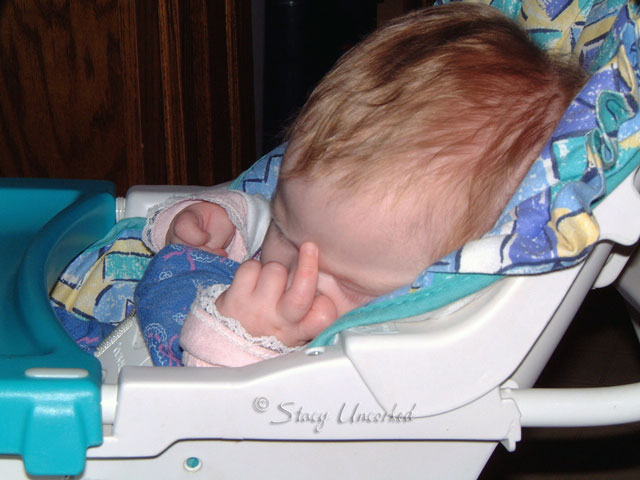 When she got closer to school age, I let her sleep in later, and did away with the afternoon nap altogether.  She’s not a morning person, so I could generally count on her sleeping in until about 9am or even 10am some days.  Which made it quite convenient when she started Kindergarten, since she was assigned to the afternoon class – letting her sleep late in the morning guaranteed a bright, perky and non-cranky child for the Kindergarten teacher in the afternoon.

The Little Dude is a different story.  Partly because before he came out here to live, he hadn’t been required to take naps.  But oh boy, does this boy need them.  Forget about the fact that when he doesn’t have a nap, you can see the fatigue written all over his face – from the dark circles under his eyes, to the cranky expression that seems frozen in time.  Then there’s the temper tantrums – oh the temper tantrums.

For the first week of him being here, I was lax with his schedule, aside from regular mealtimes and a specific bedtime.  But naps weren’t in the picture, mostly because I wanted to allow him sufficient time to acclimate to us, as well as the time difference between the West and East Coast.  Once school started for Princess Nagger, I decided that was the perfect time to re-implement nap-time for the Little Dude, since there would be no distractions, and Princess Nagger wouldn’t be making her plethora of loud noises to keep him awake.

From the start, Little Dude has been very resistant to naps – dragging his feet all the way up the stairs and starting in with the usual barrage of stall tactics.  Hungry, thirsty, need to go potty, don’t like naps, don’t need naps, want to stay up, don’t want to sleep, not tired, the sun is still up, the sun needs to go down, the sun needs a nap, etc.  However, I think he’s starting to understand the phrase, “Resistance is futile”.

Every-other-day it’s not as much of a battle as it is on alternating days, but those alternating days are exhaustion inducing – making me want to take a nap.  Especially when he doesn’t actually fall asleep on those days, which only causes more exhaustion (for me) later.  Though he does fall asleep much faster at bedtime, since he’s pretty much fizzled out by then.  On the days he actually does sleep during his nap, he takes much longer to fall asleep at bedtime.

What magical method did you use to get your kids to nap?  At what age did you stop giving them naps?

Link up if you like – that way I can visit you easily, especially if you’re a new follower. You can be participating in any (or none) of the hops listed below – it’s a Free-For-All!  (Just please oh please leave a comment when you do!)

Hosted by Self Segacity, It’s easy to join Thursday Two Questions Meme. 1) Post your own two questions on your blog, 2) Have a link or badge on your post to Self Sagacity.com