I realize I might possibly get a lot of unwanted or unsavory hits or spam on this post simply because of the title, but sometimes I like to live dangerously.

I think I mentioned once or twice that Princess Nagger has a pet dove that she named Virtualization: 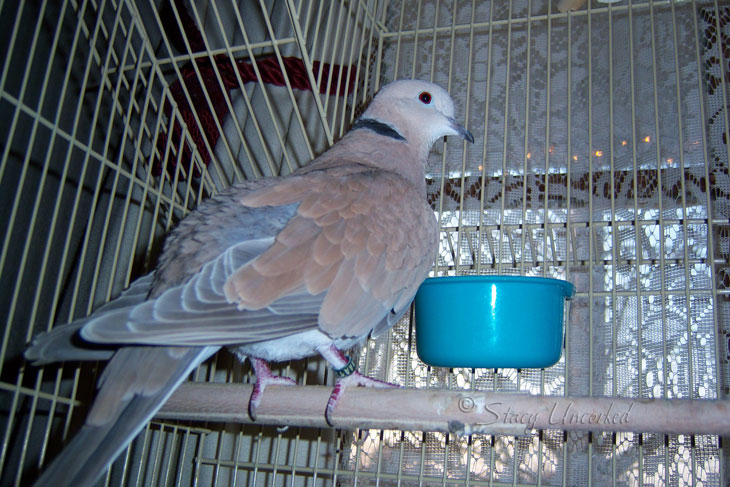 Virtualization is cool – she coos and even laughs.  She also lays eggs and always seems so sad when they never hatch.  She’s far from annoying like the birds I’ve had in the past; my finches that seemed to take great pleasure spitting their seeds all over the floor outside their cage, or the Cockatiel I had that would not. shut. up.  My favorite was my pair of doves, Aries and Athena, which is one of the reasons I talked Princess Nagger into getting a dove as a pet, since they’re cool and the least annoying of my past pet birds.

Ever since we saw the movie Rio, Princess Nagger has had it in her head she really wanted to get a Cockatoo.  After chatting with my bird-lady aunt, we discovered that a Cockatoo wouldn’t be a very good pet for an 8-year old, she’d be better off getting the smaller bird of that family, the Cockatiel.  Apparently they do well with children if you get them young and start training them early, and if you get a male, you can teach him to talk.

I tried to talk Princess Nagger out of it, but she was bound and determined to have a pet Cockatiel, especially since she has spent the last several months studying up on them.  She’s read book after book about their care, and has been watching video after video of other Cockatiel owners and the cool tricks they’ve taught their pet bird.  Excuse me, their pet Cockatiel.  It’s not just a bird, you see.  It’s a smart animal that can learn how to use a computer, and watch their favorite shows on TV.

Hubby took Princess Nagger to the pet store Saturday to look at the baby Cockatiels there, which made her talk about them non-stop.  This past weekend I even posted an ad on Craigslist to find Virtualization a new home, since we’d need to vacate her from her cage to accommodate a new bird.  There were no takers, so I searched for a cage, and found one that was identical to the one I had that had housed my own pet doves prior.

Thinking the cage was probably already gone since the ad was a few days old, I emailed the seller – and it was fate.  The cage was still available, so Princess Nagger and I went to pick it up.  Which of course then fired up her enthusiastic spouting of information about Cockatiels, what they can do if trained properly, and how cool it was going to be when she finally had one of her own.

The other night when we were getting ready for bed, she was bouncing off the walls with excitement and exclaimed:

After the initial shock wore off and I picked my jaw up off the floor (while snuffing the inner 12 year old boy in me so I didn’t start giggling), I had to explain to her (without actually explaining to her) why that isn’t a good statement/phrase to exclaim.

Which I apparently didn’t do very well (or at all), because she went in to cuddle with the hubby before bed while I brushed my teeth, and he said the first thing she said when she came into the room was:

PN:  “Ask me any question about them, and I’ll tell you the answer!”

After which they had a very nice conversation about Cockatiels, and hubby was able to sidestep being flabbergasted.  Except when he and I were alone later, which then opened up fun banter and off-color jokes.

I’m not sure if he was trying to avoid any more uncomfortable exclamations, but Tuesday he brought home the baby Cockatiel they had looked at over the weekend.  Meet Nigel: 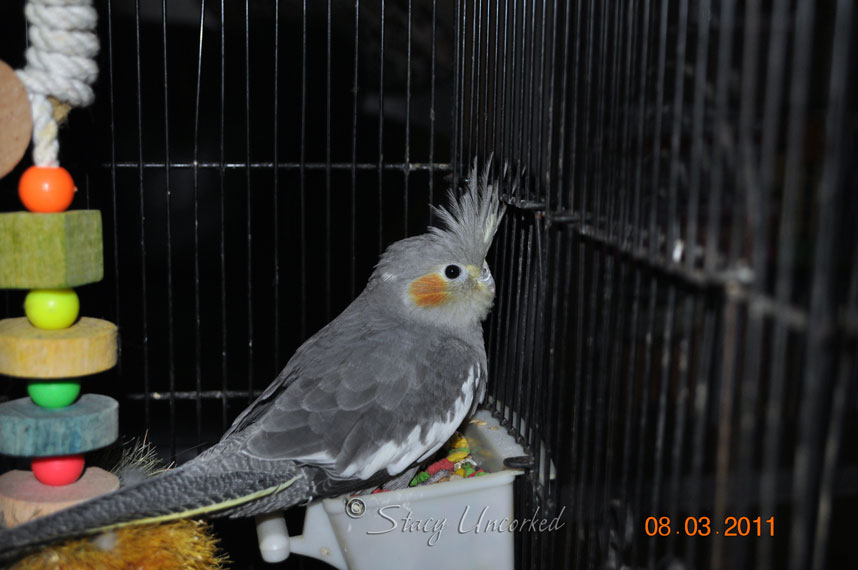 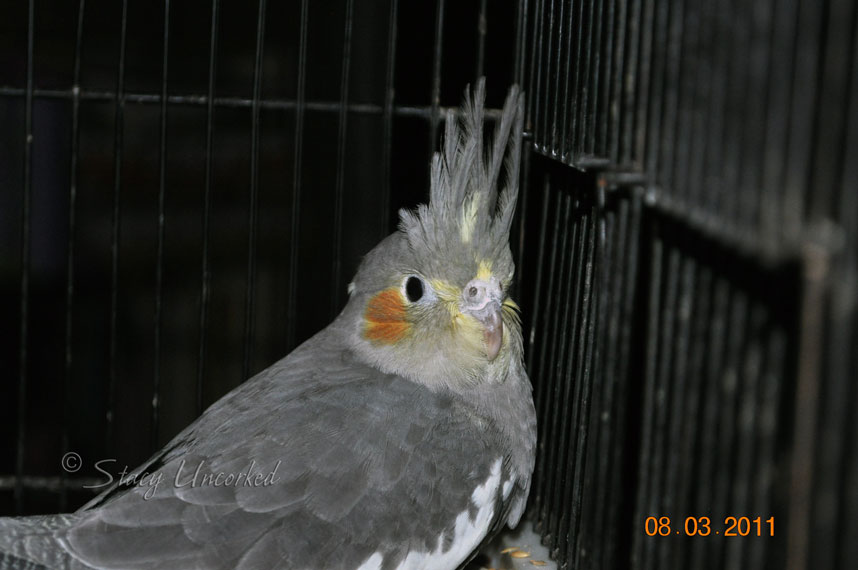 Here’s hoping we’ll have a long time to wait before we actually have to get into any discussion about the other.

This Spin Cycle was brought to you in part by Jen, who is Sprite’s Keeper , and who denoted this week as ‘freebie’ week (which she might have second thoughts about later if I come up with stuff like this).  Check out the other Spinners – see who else is relishing in the freedom.