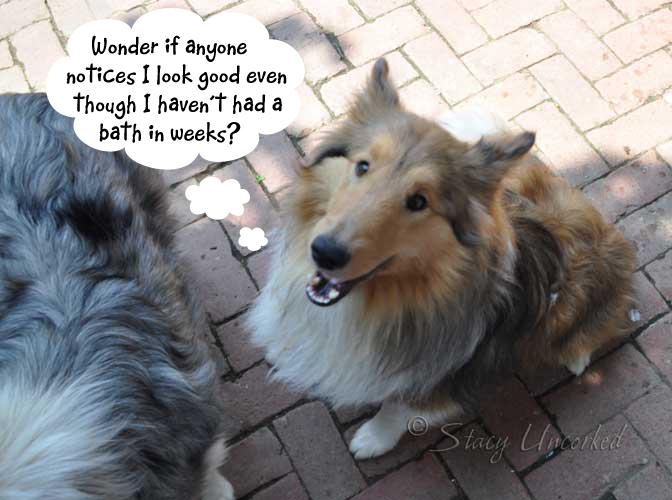 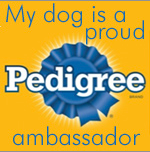 A while ago you learned that Rolex had the privilege of being an Ambassador for Pedigree.  Now that he’s been imbibing in the yumminess (well, according to Rolex of course – I haven’t tasted it, so I’ll have to take his inhaling of it on faith) that is Pedigree, I bet you’re wondering how that’s going, aren’t you?

Everything is still going great, and we’ve noticed not only is his coat shinier and silkier, but he has more energy.  Of course the extra energy he now appears to have annoys his brother Travis to no end, but that’s sort of to be expected, since they annoy each other on a daily basis anyway.  Now Rolex can match Travis’s annoyance with vigor.  (Did I just use the word ‘vigor’?)  Apparently the smell and taste of the food is way too tempting to resist – not only does Rolex inhale at his feeding times, but our cats sneak in and steal morsels, too.  As does Travis.  Poor left-out Travis still found ways to steal food and be happy.

More energy, shinier coat – happy dog means happy dog mama.  The transition from the old food to the Pedigree went smoothly – there were no digestive issues to be concerned about, and no worry that they might not like it.  They ate around the old food and left it behind when we were mixing the two – so that right there says a lot.

Bottom line?  I would definitely recommend Pedigree for your dog – and if you have a cat who likes to sneak in and eat out of the dog food bowl like ours sometimes do, they love it too.

I wrote this review while participating in an Ambassador campaign by Mom Central Consulting on behalf of Pedigree and received dog food to facilitate my reviews. See my disclosure policy here.