The plague has hit our house this week – well, it hit myself and the hubby, Princess Nagger has thus far remained germ-and-plague-free.  Lucky girl.  And usually it’s the reverse.  So I guess it was time for the adults to be plagued instead.

I’m finally starting to feel better (could have something to do with me sleeping away the whole day on Tuesday) and when I saw that my friends Xmas Dolly and Lori from The Shewbridges of Central Florida are starting some new fun with recipes, I had to join in.  But I’m going to cheat a little, because I’m using a recipe and post that originally posted for a different recipe swap back in 2009.   did you follow that?  And has it really been that long?  Without further ado, I bring you my (mom’s) brownie recipe:

I thought I’d join in the fun and post a recipe for brownies that I remember making with my mom – the reason I like these is because they’re not extremely chocolaty, which I prefer, though they can be made with more/different chocolate to make them more chocolaty which my hubby prefers.   Princess Nagger and I made these yesterday – she had a blast!

Mix Sugar, Flour and cocoa together in medium bowl. In a small bowl beat eggs with fork then add to the sugar/flour/cocoa mixture, and stir in vanilla. Melt butter in a pan on the stove, or in a glass measuring cup in the microwave. Add melted butter and stir until blended. Pour into un-greased 9×13 cake pan and bake on 350° F 25-30 minutes. After removing from the oven, slide a knife around the edges and cut through the top layer or cut completely into 24 squares while still hot. If you wait until it cools all the way, sometimes the top looks messy and crumbly.

Modifications and notes from my mom:

“I usually melt my butter in a measuring cup and then tip it upside down in the pan to get the last of the butter. The recipe says an ungreased pan but the brownies come out easier if you put a thin layer of butter on the bottom and sides. I also modify the recipe when I make it and use part whole wheat flour (about 1/2 cup or so), I also put in about 1/4 cup of bran flakes and I usually add 1 Cup of nuts – I use pecans.”

Princess Nagger and I pulled our ingredients together (yes, I do make my own Vanilla, hence the mason jar of Vanilla…): 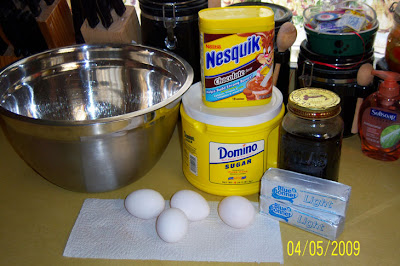 Princess Nagger getting into the groove of taking pictures while I do the same: 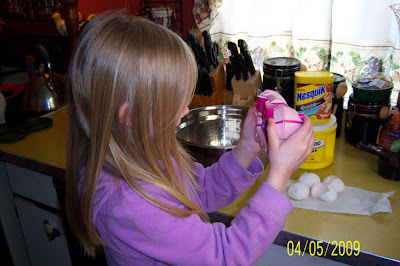 Butter is now melted and ready to add: 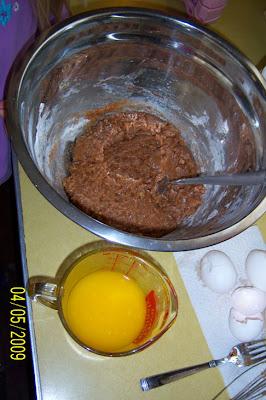 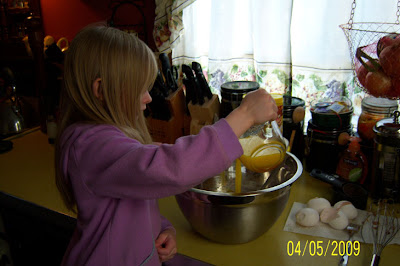 Making sure every drop is added: 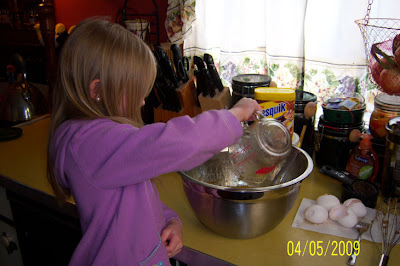 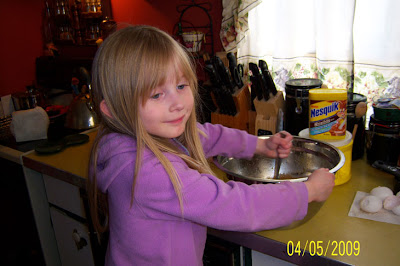 Pouring into pan sprayed with non-stick spray with flour: 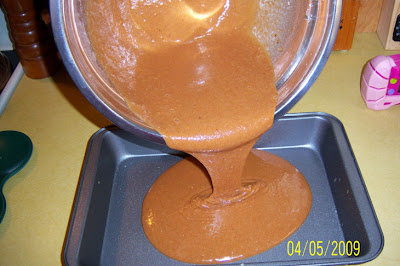 The finished product – following instructions to cut while hot – still started to get crumbly, but not too bad: 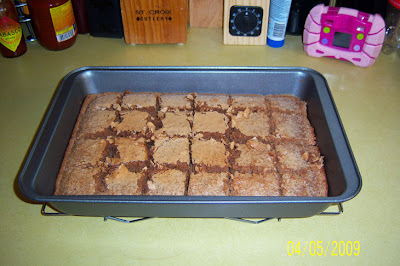 Princess Nagger taking a picture of the finished product, too: 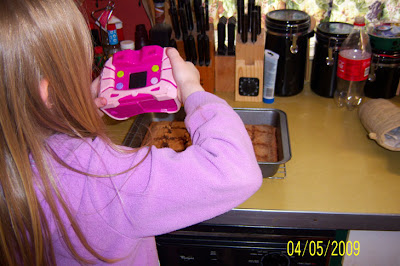 It’s a very simple recipe that turns out delicious – the brownies are sugar-crisp on the outside, nice and gooey-dense on the inside. I use Nesquik because it doesn’t make them extra chocolaty – but you can use any kind of cocoa powder to make it as chocolaty as you want.

So there you go!  Want to join in the fun?  Head over to Xmas Dolly and Lori’s places to sign the linky and start collecting some amazing recipes!  Today’s the first day so I’m winging it – hopefully my foggy brain hasn’t mucked up the instructions!

I love to cook.  Except when it’s hotter than the hinges of you-know-what like it’s been since about May.  Only because our kitchen happens to be on the side of the house that catches the entire bout of the afternoon … Continue reading →

Easter is only three weeks from Sunday, so I’m already planning ahead on what Easter Dinner will be.  Luckily my friends Xmas Dolly and Lori from The Shewbridges of Central Florida are having fun with recipes, so it’ll be the … Continue reading →