I never did get my fall decorations up – what with all the extracurricular activities and the demise of my father-in-law, time just got away from me.  I did stop by the farm I usually get my cornstalks and pumpkins from a couple of weeks ago, but I was a couple of weeks too late.  The only corn stalks they had left were terrible.  They were so scraggly and sparse they just looked like bunches of giant weeds.  So I decided the tired hay bales that have been on my front porch since last year (apparently missed on my hubby’s ‘Honey Do’ list) will have to suffice for this year – after all, it’s only a few more weeks before I’ll be changing out the decor to Christmas anyway, and that’s more important to me Princess Nagger.

Besides, when I drove down the long driveway of the farm, a strange car pulled in behind me.  Two suspicious looking guys (who looked just as scraggly as the cornstalks) got out and were perusing the coffee can where you leave the money for what you purchase – gave me the heeby jeebies so I didn’t even get out of my mom-van, I simply left (after I scrutinized the scraggly cornstalks from the safety of my mom-van and had to wait for them to saunter out of the driveway to let me pass).  Better luck next year.

Speaking of my mom-van, it is no more.  I traded it in on this instead: 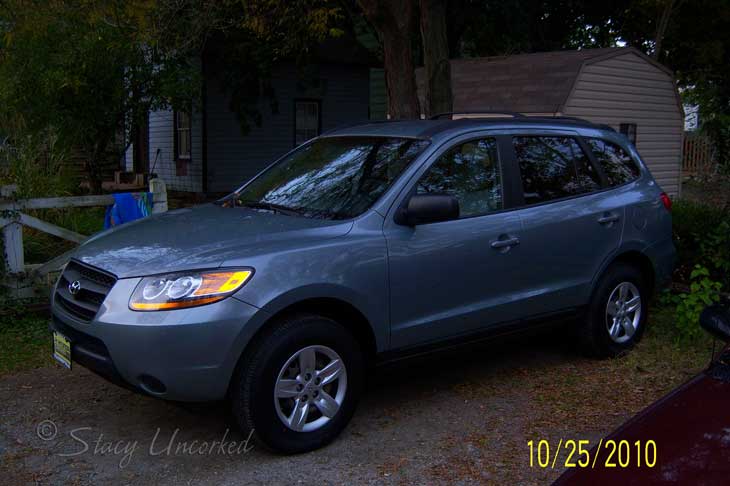 I finally got the Hyundai Santa Fe I wanted.  The hubby must have heard ‘mom-van’ instead of ‘Santa Fe’ three years ago when we decided I needed something bigger than my Grand Am.  I can see where it might sound the same.  Not. It’s not the pretty red deluxe version I test drove the night before I bought this one (the color on this one is called ‘Platinum Sage’ – so it’s a lightish green, though it does look grayish-silver in some light), but the dealer I went to at that time apparently really didn’t want to sell that one to me.   The air was thick with their condescending attitude from the get-go (probably because I wasn’t looking at a 2011 – seems when you buy a brand new vehicle and plan to finance it so they make even more money, they roll out the red carpet and offer you caviar and champagne).

When you tell them up front you’re paying cash for the balance after trade-in on a barely used vehicle, they stick you in a corner, point out the vending machine when your 7 year old says she’s thirsty, and ignore you for 45 minutes.  When you finally have a chance to test drive the car you are interested in, they realize the gas tank is empty and part of your test drive is to drive to the nearest gas station to fill it up (after they make you sit and wait in the vehicle for 20 minutes while they scrounge up a gas card).   After the test drive (and think they have you on the hook for sure), they insult you by low-balling on the trade-in price for the mom-van, and refuse to consider any wiggle-room on the sale price of the deluxe Santa Fe.  Since they obviously had no interest whatsoever of selling a vehicle (to me), I walked out and didn’t look back.

The next day I drove 67 miles to Maryland to a different dealership and successfully talked them into the deal I wanted (this time armed with extra info, such as the Kelley Blue Book value sheets on the mom-van and the Santa Fe they had advertised online).  Since it’s a 2009 vs. the 2008 deluxe version, it has all the same bells and whistles the deluxe one had (except for the heated leather seats and night vision rear view mirror which I won’t miss – well, maybe just a smidge) but the other dealer agreed to $2000 more trade-in value for the van and after some negotiations on their asking price on this Santa Fe, it ended up $6000 cheaper than the deluxe one.  An overall savings/difference of $8000?  I’ll take it.  I hate car shopping, especially when dealing with a dealership that tends to prove why they end up being stereotyped.

Princess Nagger was a hit with her Soren (Legend of the Guardians) costume on Halloween.  Here’s a picture of her in it: 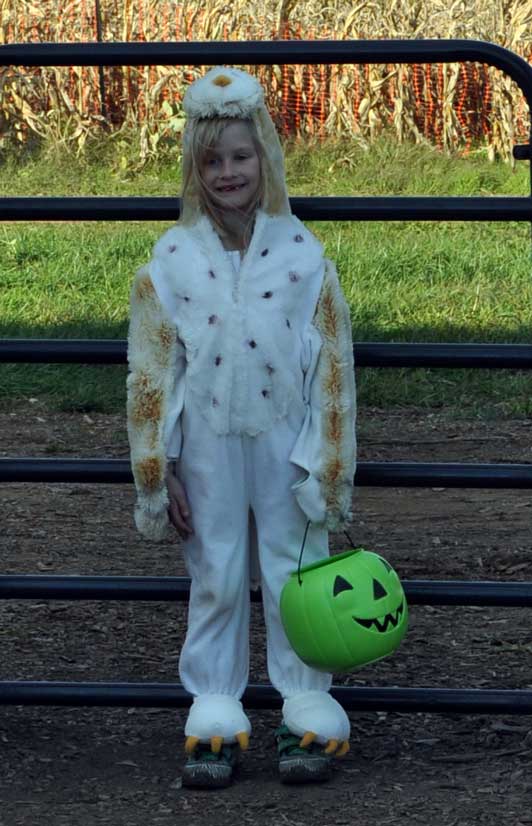 Wondering about the background?  Here’s the picture in its entirety: 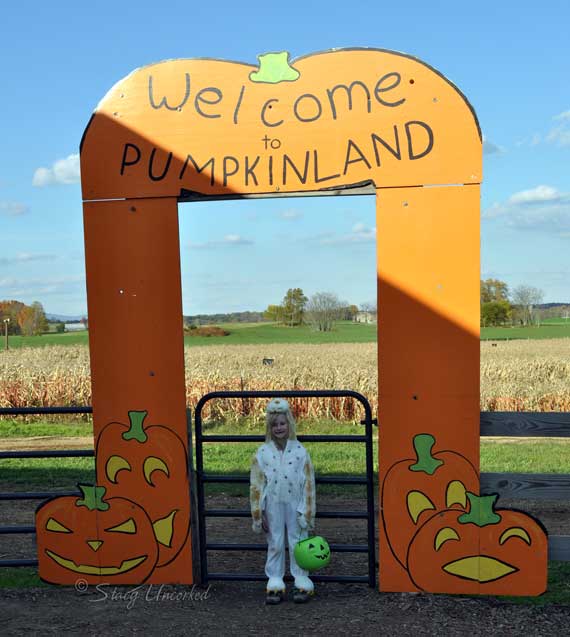 Details of the Halloween fun and more pictures tomorrow.

Speaking of pictures, after diligently saving my pennies, I was finally able to get the new camera I’ve been wanting to get since about this time last year – the Nikon D5000: 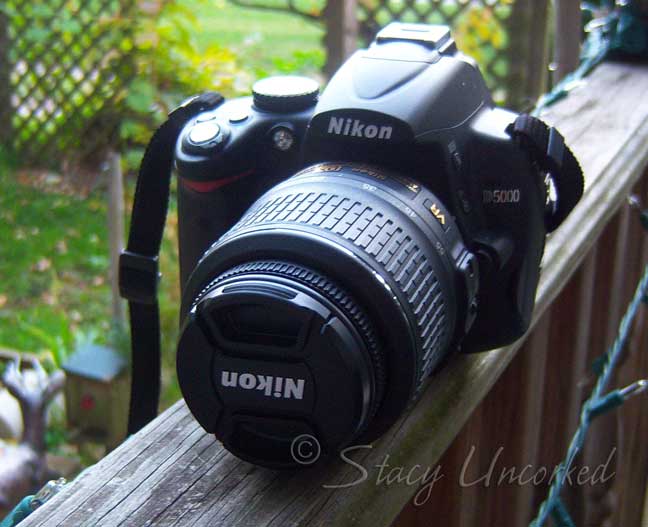 I’m excited to figure out all the cool things this camera can do (and try not to put the cap on upside down again.  My OCD is going nuts looking at that picture).  I took these pictures with it right out of the box (literally): 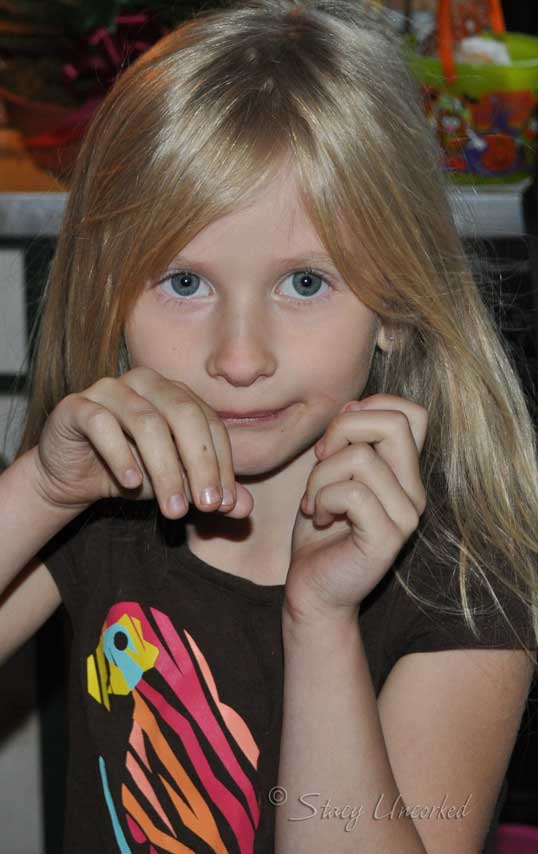 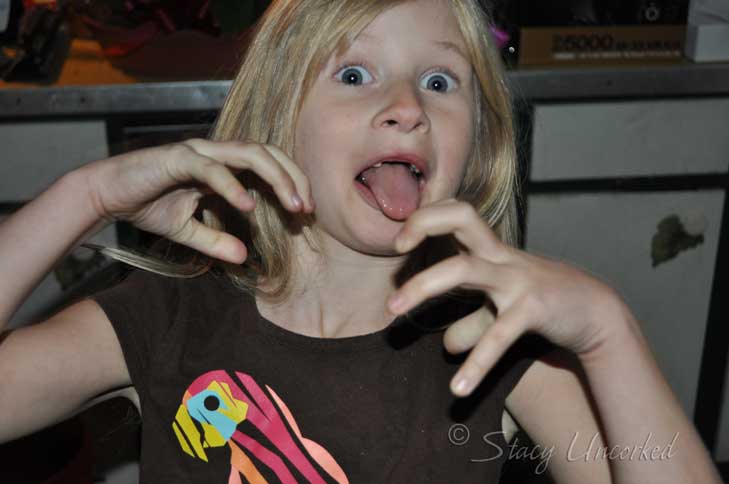 Definitely going to be having some fun with this new toy.  That’s it for this edition of RTT –  sorry for the excessive wordiness, guess that’ll teach me to spend time away from my computer for long periods of time.  Time to wake up and head on over to see Keely, the coolest ‘Un-Mom‘ I know, and who is probably wondering where the hell I’ve been.  I’ve got some catching up to do!

Here we are, the first official Tuesday of April – here’s hoping that April won’t feel so laboriously long like March did. There’s one day less in the month, so maybe it will only feel like 3/4 of a year … Continue reading →