If you squint, you can sort of see the blue pumpkins interspersed amongst the orange ones: 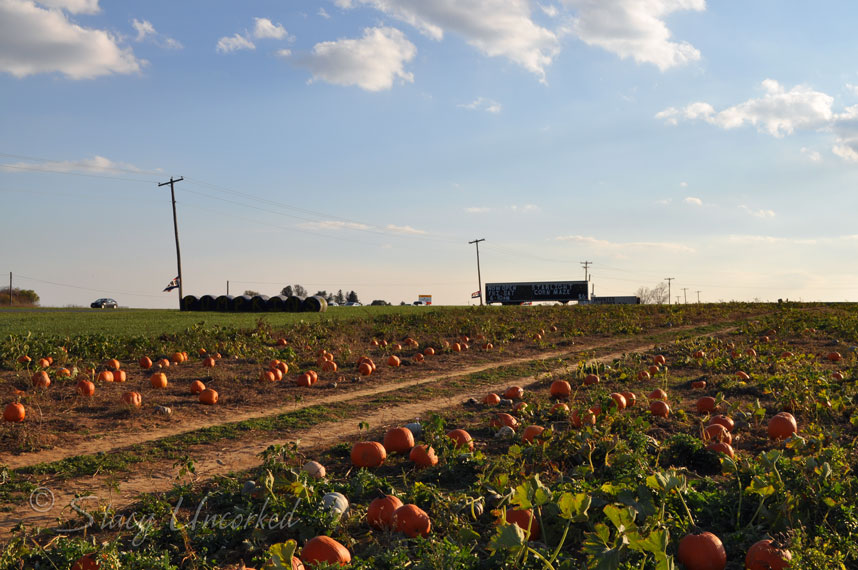 But here’s a better picture of a blue one: 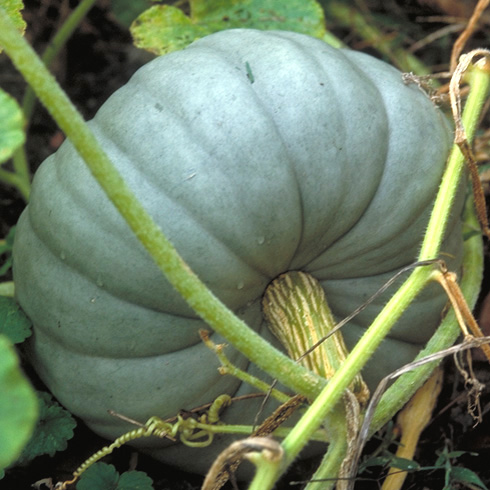 And here are the three we picked up: 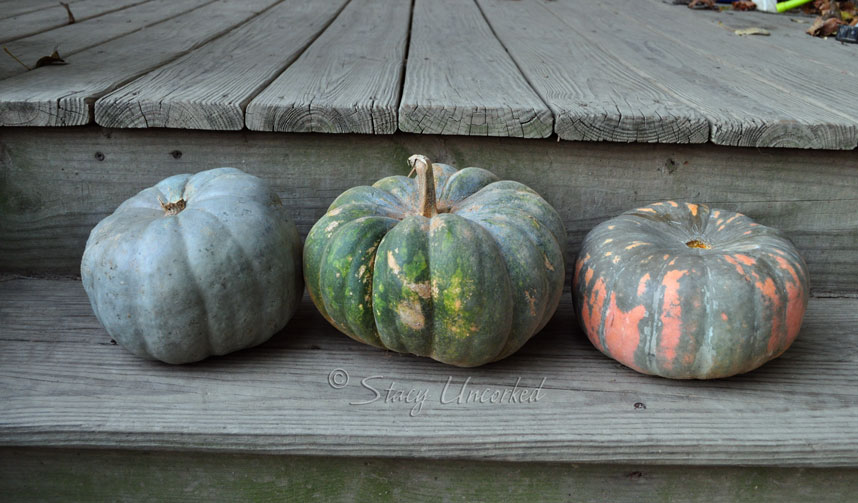 The hubby accidentally broke the stems on two of the pumpkins as we snagged them from the pumpkin patch.  But that was OK, since I never did get my fall decorations put up, so these will be made into pumpkin pie and pumpkin bread.  Don’t need the stems for that!  I think the all blue is really cool: 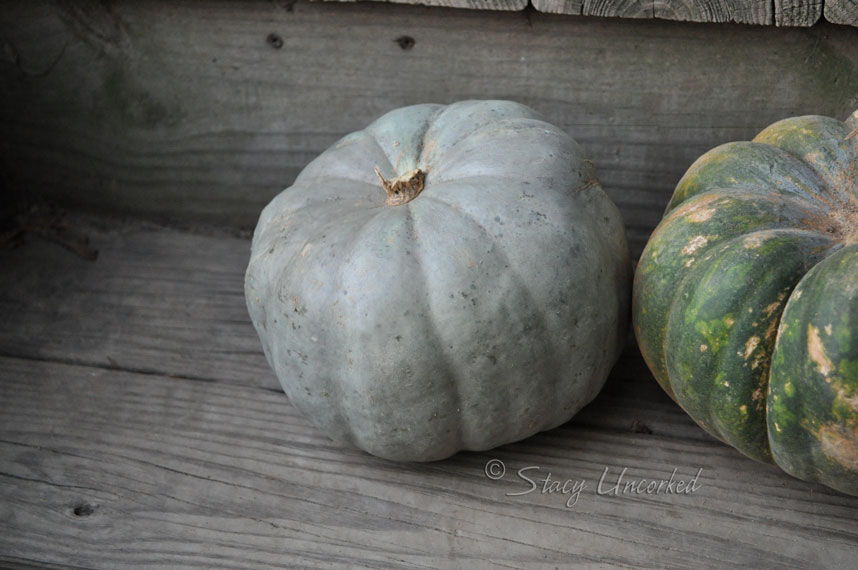 Though the other two are cool, too, with the blue contrasting the orange.  I didn’t know that pumpkins came in any other color except orange (which is what the color ‘pumpkin’ is) and white, but after seeing them with our own eyes at the pumpkin patch, I did a little research and found that pumpkins also come in red, too!  I’ll definitely be saving seeds from these pumpkins and see if I can grow some next year.  I’ll have to see if I can get some seeds for the other colors – just to grow my own different and unique pumpkin patch next year.  After all, I’m different and unique, so why not?