Princess Nagger’s first grade class had an Earth Day Project due this past Monday where they were asked to make anything they wanted by using something from around the house to recycle it.  I had suggested turning an old coffee can into a dinosaur container, but Princess Nagger thought that was too boring.  So I suggested turning a shoe box into a dinosaur habitat.  She was all over that idea, of course.  So we painted the bottom of the inside of the box green and the sides and top blue: 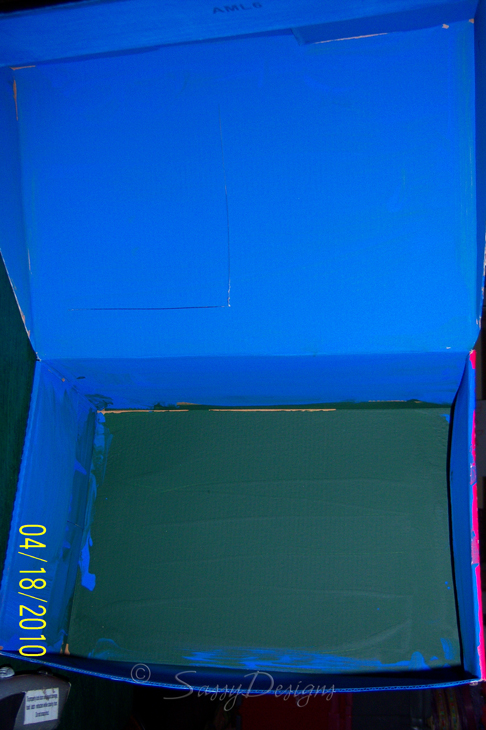 Then we glued moss, pine cones and added a rock to the interior, and she had to figure out which of her many dinosaurs she was willing to put on display for a week.  We were going to make a volcano out of clay, but that was turning into too time-consuming of an option, so I suggested she just use her toy volcano that came with one of her dinosaur play sets.  That seemed to work: 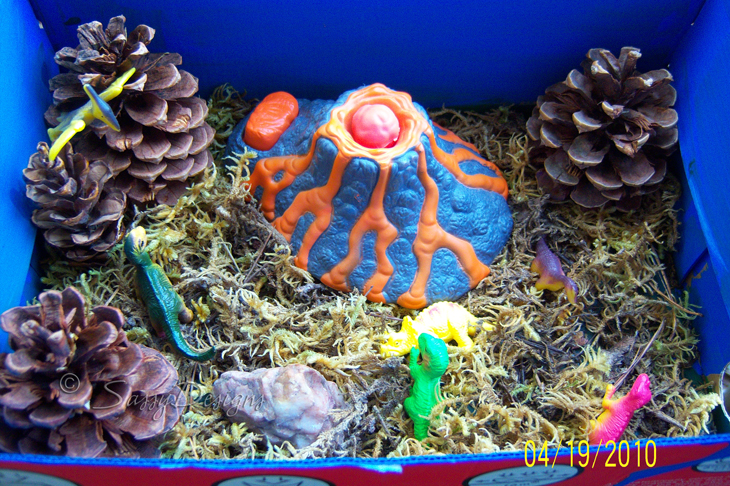 And yes, she specifically wanted the T-Rex to be eating the Triceratops.  You know, for authenticity.

We cut a section off the top of the box and glued a piece of sheet protector to cover the whole – so it would ‘protect’ but also let in light: 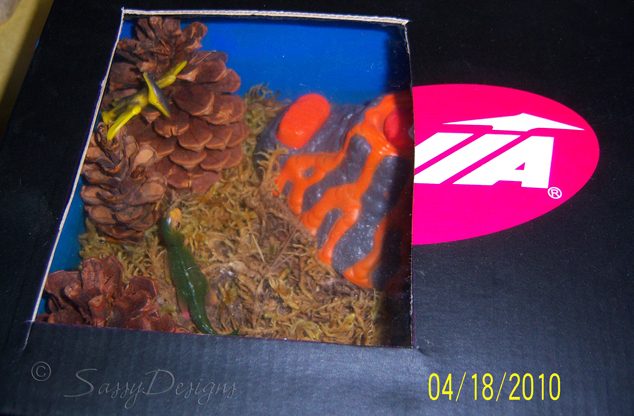 That way, when you look through the handy-dandy peep hole in the side, it looks really cool: 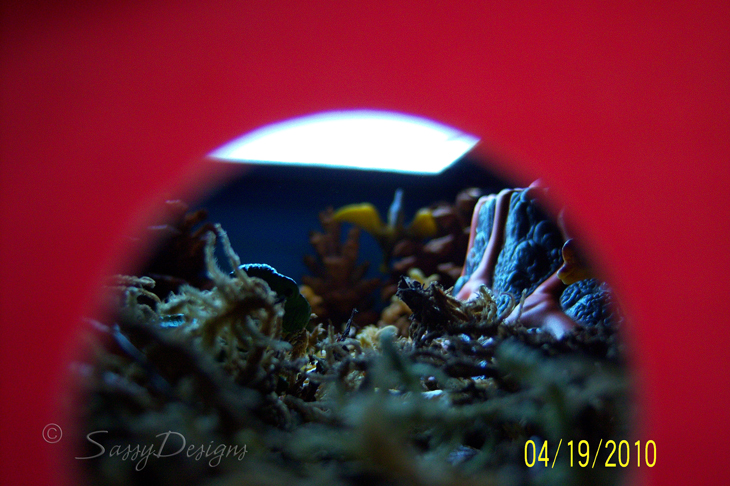 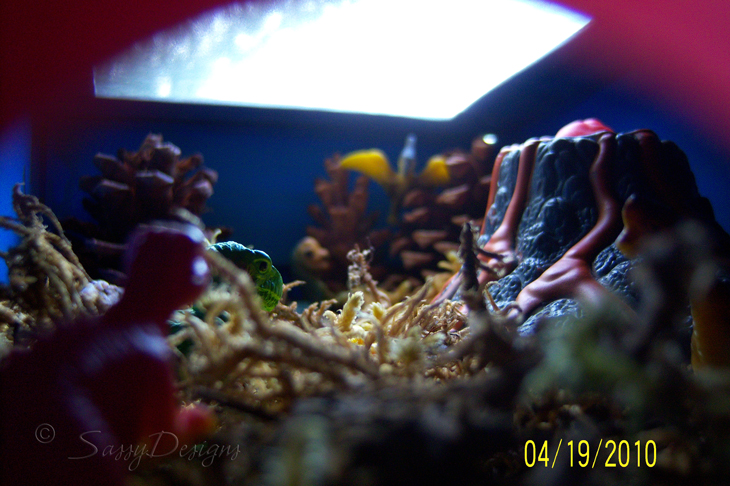 I think it turned into a cool Earth Day project if I do say so myself.