Can you believe it’s already the last week of April?  I had to do a double-take at the calendar myself.  That also means there are only 6 more weeks of school left for Princess Nagger.   I better start plotting anti-boredom activities now so I’m prepared.  For some reason she doesn’t seem to think that picking up her toys or cleaning her room is a good cure for a bored 7 year old.

Mother Nature has been hammering us the past couple of days with thunder and lightning storms.  Hopefully her promise of a bright and sunny (but not hot) day today will come to fruition – we could use some drying out so we can finally mow the grass and pull the weeds that have been flourishing with all the wet weather we’ve had lately.  I could also use a break from the muddy paws.

Speaking of muddy paws, at least the terminal laundromat visits are finally coming to an end as of Saturday.  Our new washer is being delivered!  And we decided not to go with Sears this time.  My parents have been Sears customers forever, and even they have become disenchanted with the lack of quality (and customer service) that Sears has shown in recent years.  So we decided this time we’re getting our washer from Home Depot. 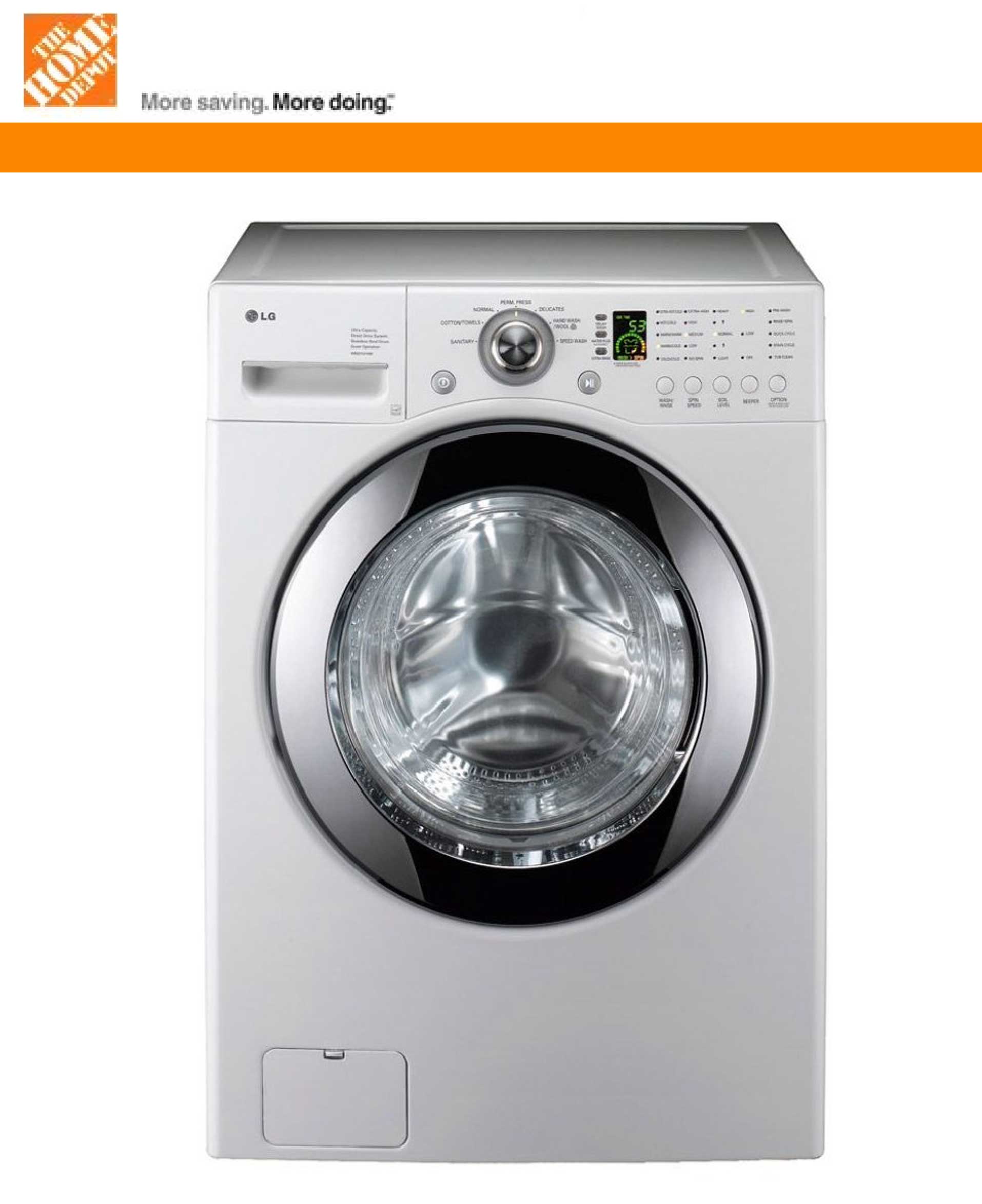 Not only did they have a great deal going on for that exact washer the day before Tax Day, but they had helpful, friendly customer service people and they will deliver – and install – for free.  Sears wanted to charge $75.00 for delivery – not sure if that included installation as well.  Next week you’ll get to see pictures of the major event this Saturday.  Are you as excited as I am?

Actually, it could be a comedy of errors since the new washer will have to be finagled up the stairs to the second floor, and the old washer will have to come down those same steps.  Princess Nagger and I may bail on that whole fun event by going to a book signing an hour-and-a-half away so the hubby can handle the chaos and I don’t have to be a witness to anything that might go wrong.   I figure that’s only fair since I’m the one that had to lug the laundry back and forth to the laundromat all this time.

When Princess Nagger got home from school on Friday, she was lamenting that she didn’t earn enough in the ‘Buck a Book’ fundraiser she participated in earlier in the year.  That’s mine and hubby’s fault – we didn’t have the hubby take it to work and sucker coerce talk his co-workers into sponsoring Princess Nagger’s reading for a week.  Apparently she was hoping to make enough in that fundraiser to win an iPod.  Instead, all she got was a baseball cap and a free Mighty Kids Meal coupon (I guess it’s better than one of those ‘All I got was this lousy T-Shirt’ shirts).

I cheered her up by telling her she could have my old MP3 player that I wasn’t using anymore.  It’s not an iPod, but it works perfectly fine.  So then I had to spend an inordinate amount of time over the weekend hunting the charger cord, the earbuds and then search online for dinosaur songs.  Specifically “The Lone Dinosaur” from the Land Before Time (pretty sure it’s from the fifth one – I didn’t realize they had about a hundred of those made!  Well, OK, more like twelve or twenty.  But still.)

I could only find the songs she was requesting on YouTube, but lucked out by finding the MP3 version of her favorite to add to her “iPod” (notice it’s in quotes – I keep using air quotes every time I refer to her “iPod”.)   Hubby and I had a flash forward to our future  when Princess Nagger got on the bus yesterday morning with the earbuds firmly in her ears and her concentration focused on listening instead of the usual interaction while waiting for the bus.  Where’s that ‘pause’ button?!

Remember how I forgot all about Picture Day at the beginning of the school year?  I get a ‘do-over’.  They’re having another one next week.  Here’s hoping I don’t forget that one.  Must try to avert my eyes from all things shiny that will distract me.  Wait…what’s that sparkling over yonder?

Here’s this week’s shot of the pond.  Sorry I forgot to take it on Sunday in the rain, so I took it last night  in the rain as it was getting dark (which explains the grainy mode – but if you click on it you can make out the goldfish hovering near the surface): 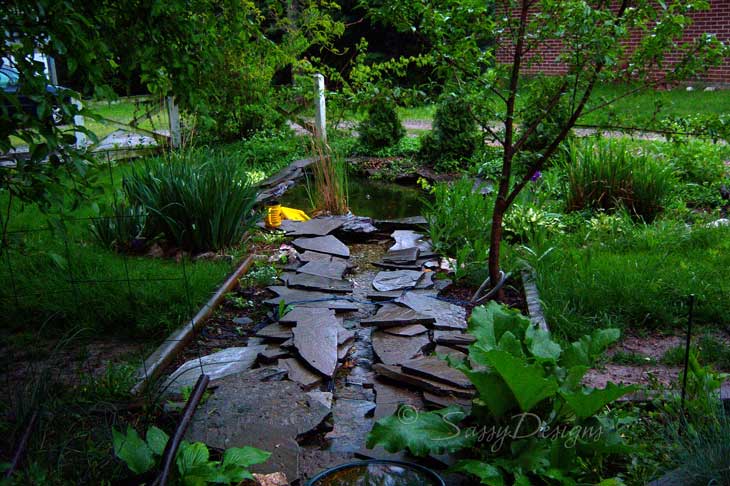 And look!  The voles didn’t eat a solitary Iris just outside the Summer House: 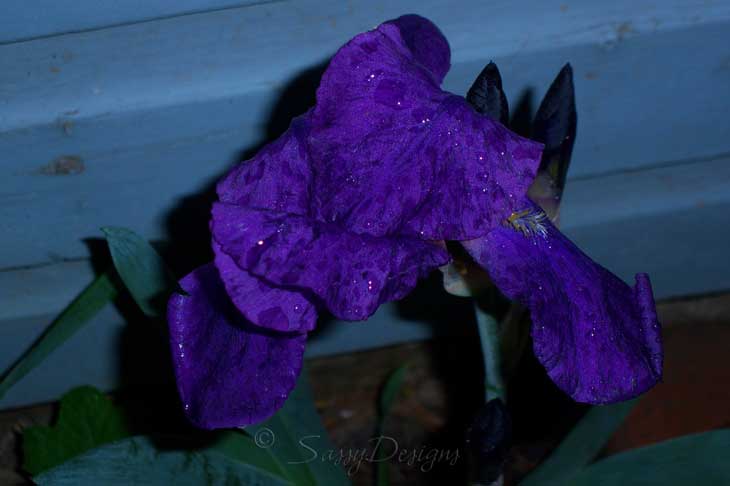 Yes, it was dark-ish and rainy when I took this picture, too.  I was a slacker in the photographing department this past week what with all the dinosaur searching that went on.  And because this song is stuck in my head, I’m passing it along to you via this video.  Of course you don’t have to watch the video, but you don’t want me to suffer all alone, do you?

That’s it for me this week – head over and visit Keely at The Un-Mom for some fun randomness and get your own Random on!

Vaccines and Birthdays and Funnies – Oh My! Random Tuesday Thoughts

Hello Tuesday! And yes, I’m late yet again, working long hours I’m getting a little discombobulated. Not as discombobulated as I was over the weekend, though – I got my second covid vaccine on Friday, and was down for the … Continue reading →