Once upon a time not so very long ago, Princess Nagger didn’t like dinosaurs.  Or should I say one in particular.  I think she got that from the hubby, who had a big aversion to the annoyance that is Barney.  You know, that funky purple dinosaur.

When Princess Nagger was younger and watching all things PBS, we avoided Barney like a plague.  Teletubbies?  No problem.  In fact, she would get all excited when the opening to Teletubbies would start and reach her hand out to the baby in the opening, giggling in glee.

One morning I set up her high chair in the living room for her mid-morning snack so as I switched laundry just upstairs I could keep an ear out for her while she snacked and watched Teletubbies.  I didn’t realize it was almost to the end and you know what came on after Teletubbies at the time?  Barney.

As I was coming back down the stairs, I heard the opening of Barney starting.  I also heard an odd noise coming from the Princess Nagger.  She was blowing raspberries at the TV, looking something like this: 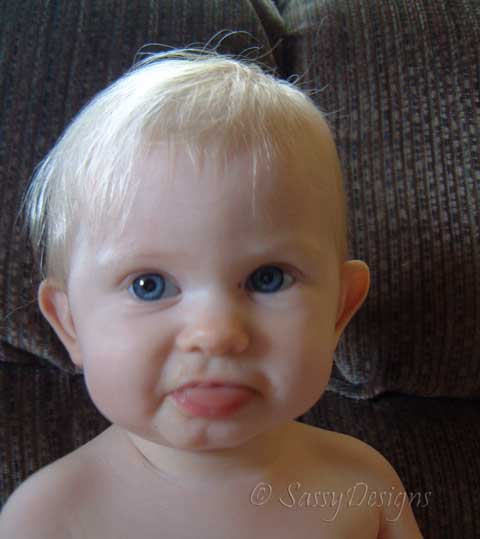 Only she was about 6 months older than when this picture was taken.  But you get the idea.

It makes one wonder if that’s the reason she changed her favorite animal from giraffes to dinosaurs, and her favorite color from blue to purple.