Look at that…it’s Tuesday already!  The last Tuesday before we’re robbed of an hour of sleep thanks to Daylight Saving Time.  Why do we have to subject ourselves to moving the clocks back and forth?  It might be time to think about moving to where they leave well enough alone.  I don’t mind gaining the hour in the fall, but I sure hate losing it again in the Spring.

Speaking of Spring – it’s right around the corner!  The long, cold winter seems to finally be loosening its grip and we’ve been blessed with warmish weather the past few days.  Heaven! There are still piles of snow everywhere, but for the most part, the ground is finally showing through.   We’ve sure had a doozy of a winter, though – we’re hoping that we’ll be able to turn the parts of the grass that are now a muddy mess back into luscious green grass once again.

Having the freeze followed by a warm up followed by a freeze and massive amounts of snow followed yet again with another warm up which in turn was followed by another freeze wreaked havoc on the yard (and, apparently, my need to write a run-on sentence).  The dogs had a hand in that as well (the yard, silly, not the run-on sentence), but we’ll just blame Mother Nature for the mess (I could blame her for the run-on sentence too, though).  I’m looking forward to when it really warms up and dries out so I can get out in the yard and get to work cleaning up and making things pretty again.  Is it too early to have Spring Fever?

I know you’re wondering, so I’m going to tell you right here and now that my Christmas tree is still standing tall and proud in the living room.  Mother Nature is to blame for that, too.  First she thwarted my plans to remove the tree before Valentine’s Day by sending messy rain to not only flood the basement but turn the ground in front of the shed to a muddy bog-like area – which I really didn’t want to track into the house by multiple trips to and fro hauling Christmas decoration tubs out there and retrieving the Christmas Tree box.

Then she decided massive amounts of snow were in order, piling up several feet of snow in front of the shed doors so they couldn’t be opened.  Not to mention I have my work cut out for me to rearrange the items in the shed to clear a path to even get to where the Christmas decorations are stored thanks to hubby’s uncanny sense of non-organizational skills.  I’m kind of getting used to seeing it in the living room – I’m sorely tempted to just leave it up until after Christmas, but it’ll get in the way of impending Spring Cleaning, so it’ll be headed out to the shed as soon as the ground has dried up a bit.

I know you’re also wondering about the Dinosaur Princess and if she’s lost interest yet.  Not even close. It’s all dinosaurs all the time. She won’t go to bed without her stuffed Pteranodon each night.  She passed out fell asleep early one evening last week on the couch: 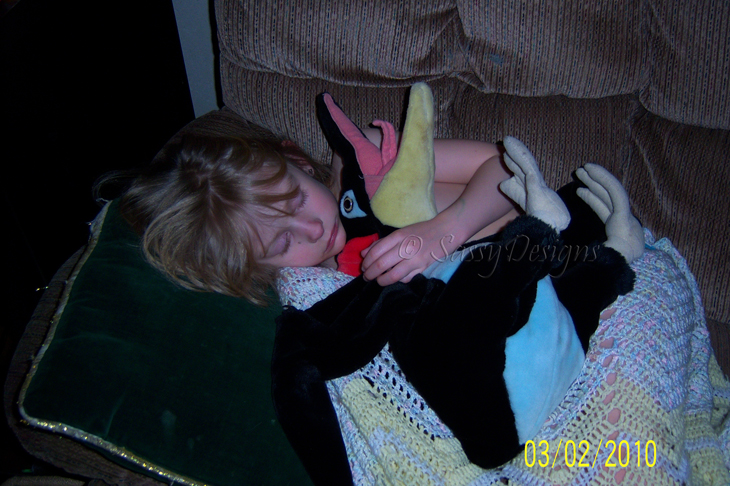 When we carried her upstairs to bed, she sleepily clutched at it like her life depended on it.  She takes it everywhere she goes, except to school.

Have you seen the latest Pepsi trend?  The Pepsi ‘Throwback’: 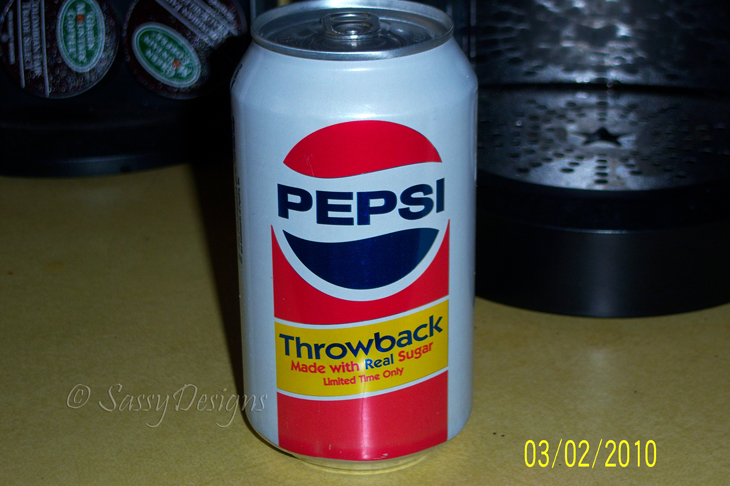 I had to do a double-take when I saw the case on the shelf at BJ’s – especially since it was the last one there, and it looked kind of old and beat up.  But since Wal*Mart didn’t have my Vanilla Coke in stock when I did my bi-monthly grocery shopping (still miffed about the empty spot on the shelf whereas the ‘regular’ Coke and the Vanilla Coke Zero were plentiful.  I can’t drink any diet soda or the ‘Zero’ versions because I’m allergic to the aspartame that’s in them.  Rats.)

Since my Coke addiction wasn’t going to be fed, I decided to try this out, even though hubby’s the Pepsi drinker while I’m the Coke fiend.  Cola.  In case you needed to have that clarified.  I was actually pleasantly surprised, it’s not bad.  But I do still prefer Coke.  Now if Pepsi were to ever bring back their lime version, I’d be loving me some Pepsi.

That’s it for me – head over to Keely’s place for some Real Random Fun!

Before you go, don’t forget to enter my giveaway for a Rainbow Brite CD Adventure Pack – Princess Nagger loves it, so a special little girl in your life will love it too!  I have 8 to giveaway, so help a girl out, willya?  The giveaway ends tomorrow night at midnight: 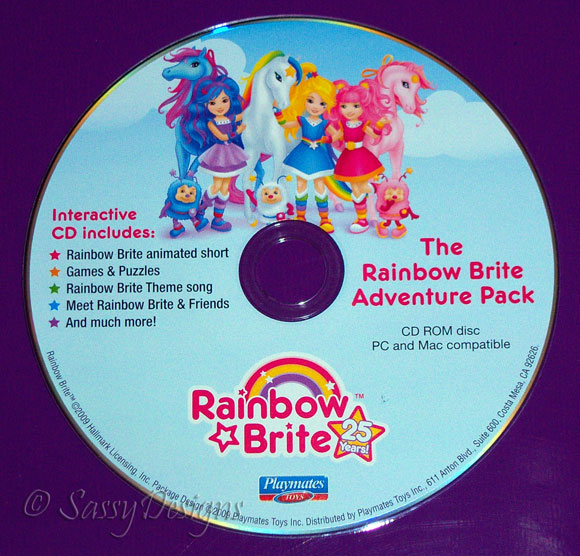