I wish blogs had been around 7 years ago.  Maybe they were, but I wasn’t in the zone or aware or under the realization that any ordinary person like myself could have such a thing to call their very own.  If I had been blogging back then, I could have saved for posterity so many Princess Nagger baby moments to reflect back on at a later date.

But alas, those sort of updates were instead saved in hundreds of emails to friends and family that were ultimately lost in the Great Computer Crash of 2004 or 2005 when I lost so many of Princess Nagger’s digital photos from birth on.  See?  If I had been blogging, I would have been able to look up that little tidbit of information.  And still have all those stories and images.

As it was, I only posted extremely long-winded posts (obviously some things never change…) occasionally on random locations like TV.com and MySpace starting back at the end of 2007 and beginning of 2008, when I was part of a dynamic group of online individuals that were fighting to save the show that NBC killed off in infancy, Journeyman.

Along with the posts, I had fun partaking in weekly online chats and enjoyed the camaraderie on message boards with like-minded people.  It was so much fun interacting with the large fanatical group, conjuring up post cards and working on the Rice A Roni campaign. 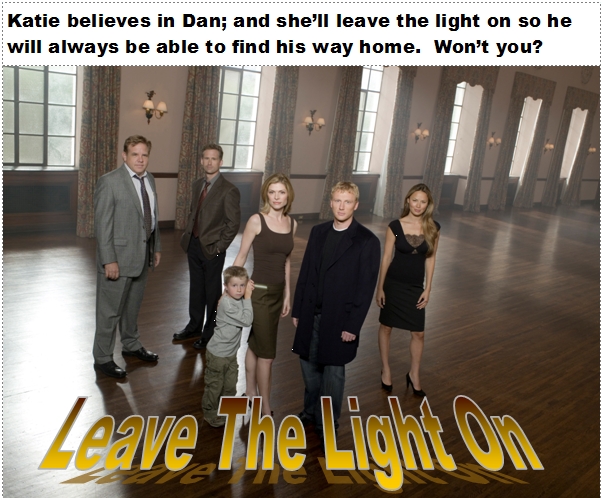 I spent an inordinate amount of time online posting blog-like posts on the Hey! Nielsen beta site, commenting on similar blog-like posts and putting together specialty gift baskets for the executives at NBC and FOX that were attached to the show itself. 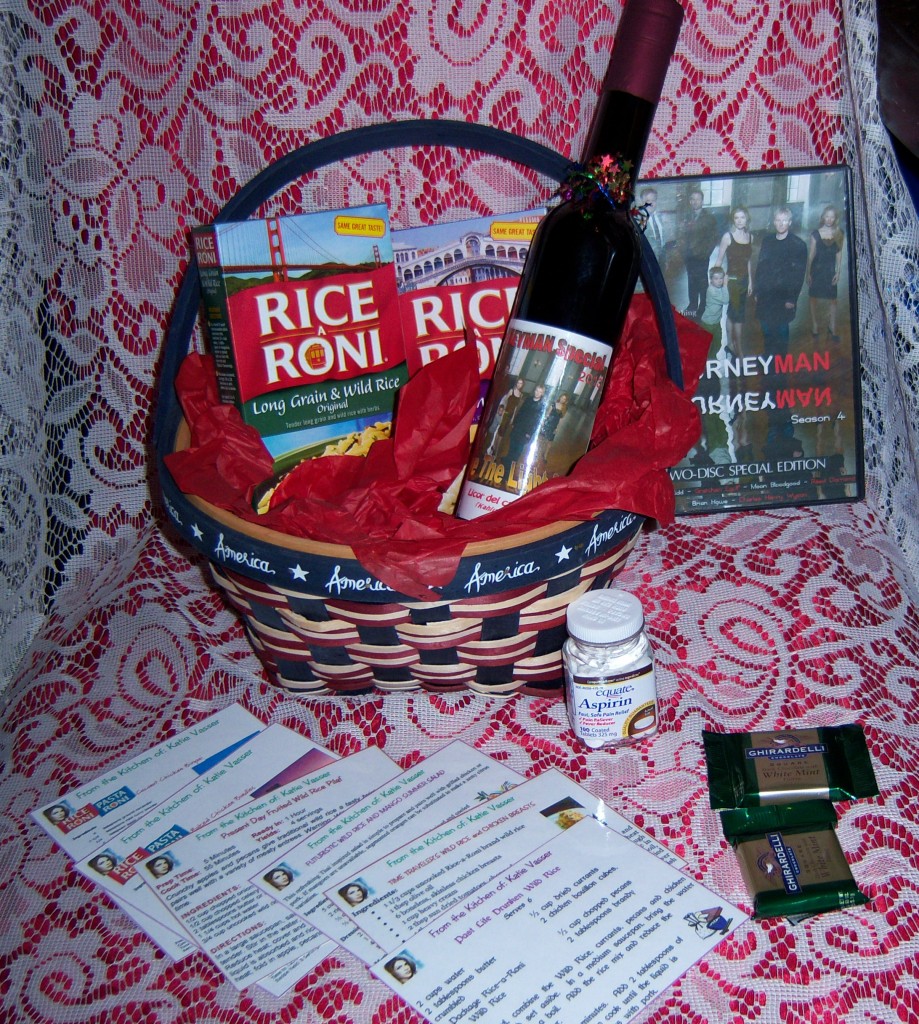 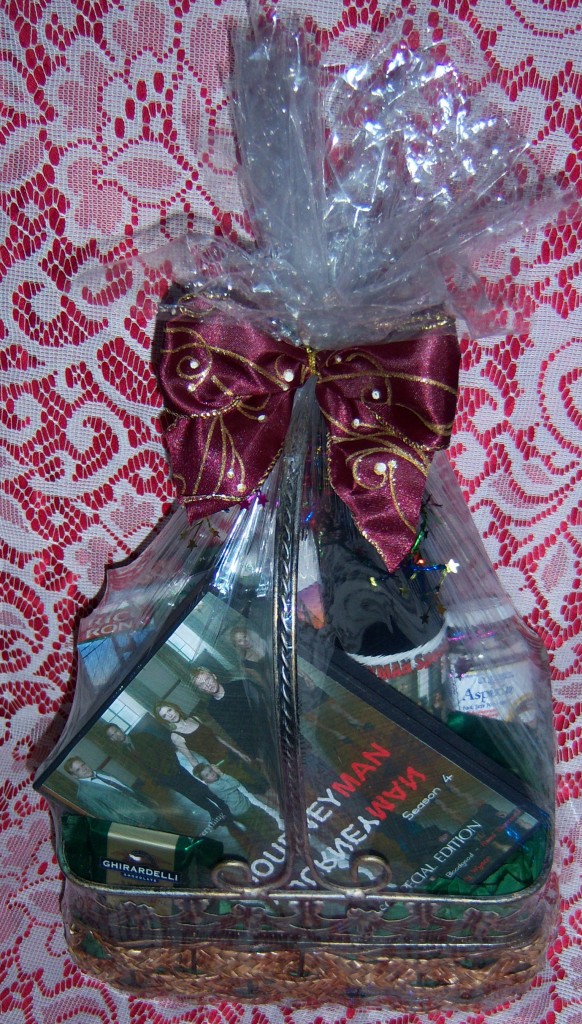 Even went so far as to design a DVD cover and unique Kahlua labels for the bottles of Kahlua included in the baskets for effect: 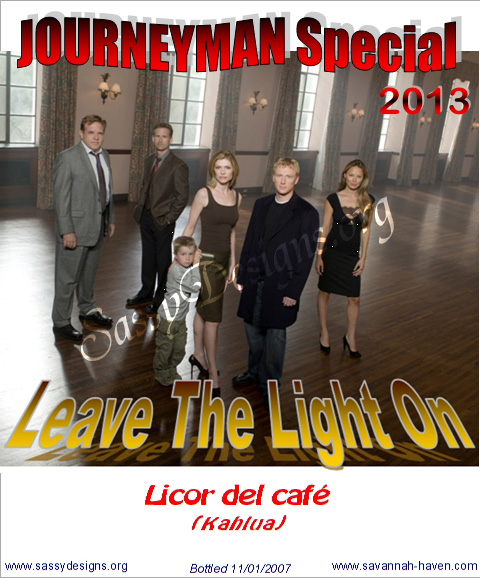 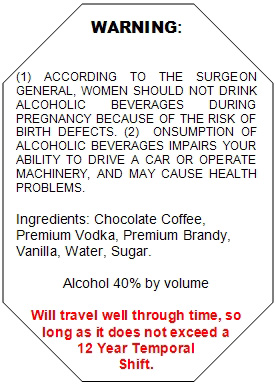 After all of that extensive participation, it’s understandable that when our fight had to end and we sadly disbanded with the incredibly interesting people scattered in the wind, I now had the ‘bug’ and wanted to find something similar.  That’s when I discovered other blogs – I’m not sure how I did, clicking through different places through boredom mostly, but then I discovered an eclectic mix of humor blogs and mommy bloggers and suddenly I was simultaneously hooked and rejuvenated.

So I decided to start a blog of my own – mostly to save myself the hassle of emailing pictures and antidotes about the Princess Nagger to my friends and family (and feeling bad if I accidentally excluded someone from the bcc list, or having to send different updates to different people depending on the level of inclusion of those different people).

It’s the perfect way to keep track of all those milestones that Princess Nagger would be racing through at high speed with every blink of the eye.   My own form of ‘Time Travel’, if you will, to be able to look back at any time, and especially from the future, to reminisce about her childhood.  And quite possibly to use as blackmail for her later when she reaches dating age.

Comments absolutely make my day – before I moved from Blogger to WordPress I was a lot more active leaving comments all over the place, but my commenting time was robbed has been severely lacking while trying to fix glitches and multiple issues.   Luckily most of those glitches are finally fixed and I’m starting to find my mojo again, which means the momentum will be picking back up – thanks to some very special bloggy friends who have encouraged me like nobody’s business to keep on keepin’ on.

But the best part of starting a blog?  The interaction from like-minded people.  I enjoy reading an eclectic mix of blogs:  Mommy Bloggers and Daddy Bloggers and Humor Bloggers and Bloggy Bloggers.  It’s so nice to have that camaraderie in comments and emails and while some people will shake their head in disbelief that you can actually become friends with some nameless (and in some cases faceless) person on the internet, it happens, people.

I am very grateful for the friends that I have made through this wonderful experience, and hope someday to meet many of them in person and add them to my “IRL” (In Real Life) friends.   I don’t blog for money or notoriety (though I’d be lying if I said it wouldn’t be cool if either of those things happened), I blog because it’s fun and I love the interaction with fellow bloggers.

This Insightful Spin Cycle was brought to you in part by Jen, who I like to think of as a Bloggy Friend and amazing as Sprite’s Keeper.  Head on over and check out the other spinners – make some new Bloggy Friends!

40 thoughts on “In the Beginning, There Was A Blog… and it was Random”