If you’ve been reading me for awhile, you know that I love to cook and experiment with different recipes.  In between racking wine yesterday, I got side tracked by flipping through some of my cookbooks to look for any fun or unique recipes to make this week.  I don’t know if I mentioned it before, but I enjoy collecting unique cookbooks, particularly the antique ones that are hilarious to read. 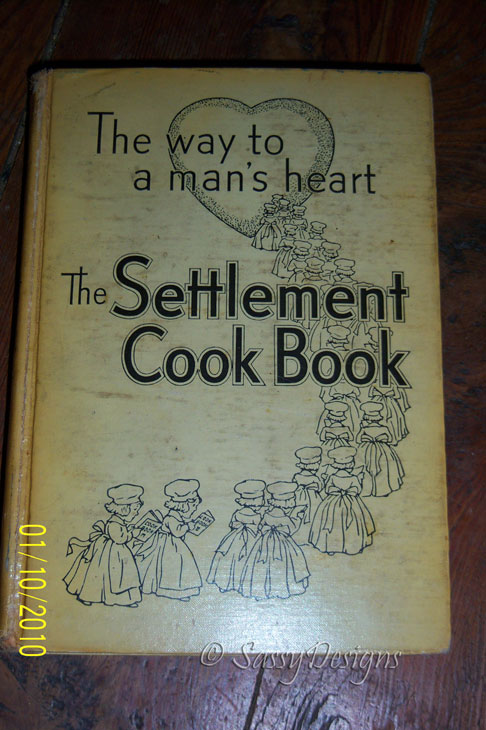 Published in 1938 and specifically titled “The Way to a Man’s Heart – the Settlement Cookbook”.  I loved the description of Chapter 1:  House Rules, Kitchen Equipment, Directions for Serving.

I have a whole slew of these kinds of cookbooks.  They intrigue me.  And they’re fun to look at how things used to be way back when.

Just about every home today has at least one cookbook in its kitchen.  I’m amazed at how many people like me collect them (though my hubby would probably roll his eyes because he thinks I have too many).  What I really enjoy is seeing the contrast between ‘new’ and ‘old’ cookbooks – especially the old cookbooks, since it’s interesting to see how kitchens of the past were, and how they prepared their meals.  It’s amazing how far we’ve come.

The oldest cookbook on record is believed to be a clay tablet from Babylon, dating back to circa 1500 BC, which contains recipes for some elegant meals.   The ancient Greeks and Romans served exquisite dishes and included many forms of art in their fruits and vegetables much as we do today when entertaining.

Up until the 18th century, cookbooks were used by the wealthy only. Their servants were not supposed to know how to read a cookbook, so the mistress of the household would read the directions as the servant prepared the mixture. Later, cookbooks were written with the middle class in mind, so they started turning up in more homes.

Cookbooks came out in the mid 1700s in Colonial America.   A reprint of an English edition called The Complete Housewife by Eliza Smith appeared in 1742 in Williamsburg, Virginia. In 1796 Amelia Simmons, self-published American Cookery and it became known as the first American cookbook. This small blue book was the first self-published cookbook and the first cookbook to be written by a woman.  In 1796!  I think the oldest one I have is from 1890 – I’m trying to find one that was around the time our house was built, 1817.

At that time specific measurements were not that important and cookbooks gave directions like “add a pinch of salt”, or “mix as for a rich pastry”.  Then came an improvement in the accuracy of measurements, and Fannie Farmer’s Boston Cooking School taught that exact measurements must always be applied.

Isn’t it interesting how we’re coming ‘full circle’ by many of us that really enjoy cooking actually don’t use exact measurements?  I live by the mantra my Great-Grandmother taught me – season to taste.  Of course there are some recipes I’ll hold to that strict ‘exact measurement’ rule.

As the 19th century approached, cookbook sales began to increase dramatically.  Before the 1876 Centennial, over 1,000 cookbooks were published causing the authors to become quite popular. Female novelists such as Mary Randolph (distant cousin to Thomas Jefferson), and Sarah Josepha Hale (author of Mary Had a Little Lamb), even wrote a cookbook.

The 19th century cookbooks offered essays containing advice, or household tips. Women back then felt like they were getting a special treat – not only were they getting a cookbook, but useful household tips as well.  Like this one: 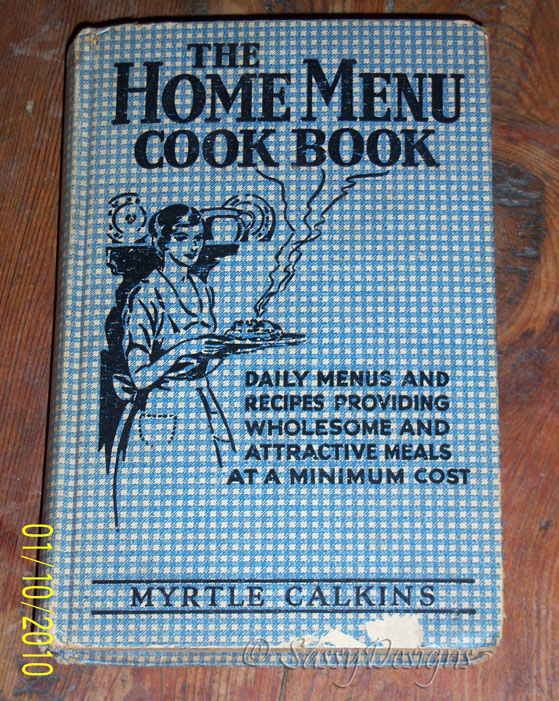 Published in 1934, it breaks it down by cost per meal, with suggestions on how to stretch the food purchased to save money.  And make sure the meals are ‘wholesome’ and ‘attractive’.

The beginning of 20th century cookbooks were becoming extremely popular, so they were sold in all bookstores and department stores everywhere.  There are so many different types of cookbooks available now – and let’s not forget the cooking celebrities that have their own cookbooks for sale as well. 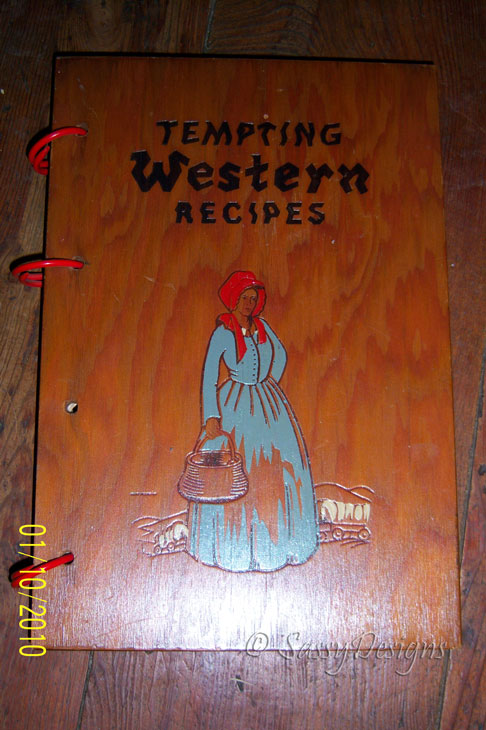 The front and back covers are made of wood.  I’d say that was very unique! 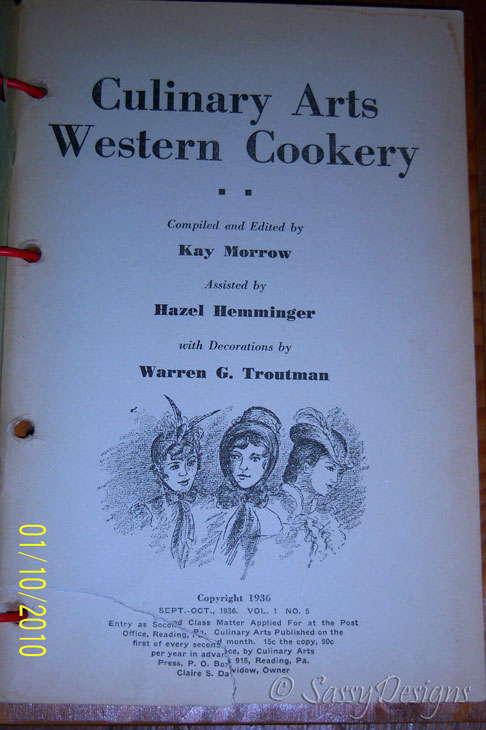 Published in 1936, it has some interesting Wild Wild West type recipes in it, along with drawings throughout such as this: 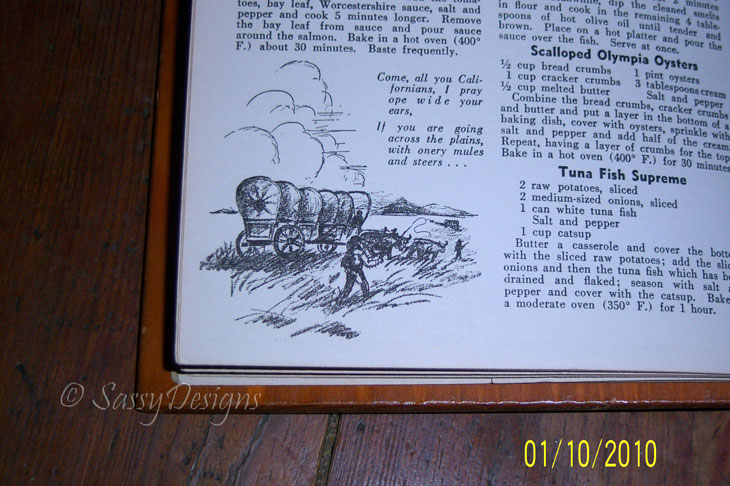 Sure, I have a ton of ‘modern’ cookbooks, but I’ll take an antique one over a modern one any day.  If nothing else, for the entertainment factor of reading the way people thought – and cooked – ‘back then’, and how very unique some of the recipes are.

This now concludes your History Lesson for the day.

14 thoughts on “Cookbook History you Never Wanted to Know”