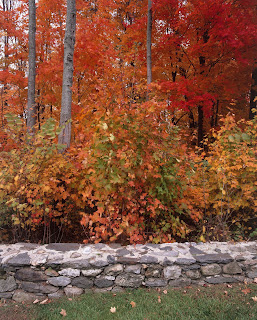 Happy First Day of Fall to one and all!  This of course is my favorite time of year, so I’m definitely enjoying the weather starting to cool down.  I sympathize to those in areas that don’t get to benefit from the changing of the seasons.  You’re always welcome to come visit and enjoy.  You can even help me put up all my fall decorations, you know, to fully ensconce you in the full fall effect.

It has been rather hectic the last week – between the wine making fun and last-minute detailed changes from some of my web design clients, I have had hardly a chance to come up for air.  But there’s a light at the end of the tunnel.  I can see it.  I might even need my sunglasses for it.

Let’s talk about Word Verification…is it really a necessary evil?  I mean, the ‘evil’ part I see, but necessary?  Especially the kind that comes up as surprise after you’ve hit ‘submit’…  I think I accidentally didn’t leave a comment on a few blogs with that feature, because I’ve moved on to another of my zillion open tabs.  I think I salvaged one or two purely by chance – because my little arrow didn’t quite hit that little red ‘x’ on the tab and clicked on the tab itself which then presented me with the word verification waiting patiently for my input.
But for those few that I ‘salvaged’ how many of my carefully thought out comments were inadvertently not left because word verification didn’t let my poor comment through the security gates?
The bird feeders ran out of seed last week, a day or two before my bi-monthly grocery shopping so the birds were a little miffed.  Then suddenly the birds were gone – it was eerily quiet outside when normally there are birds making lots of noise.  Then I saw it.  A dead bird hanging from the bird feeder upside down.  I thought about taking a picture, but it was too sad.
I wasn’t sure if it got his claw stuck in the feeder trying to get the last remnants of seed, or if another bird pecked him to death fighting for the seed, or if the hawk that has been skulking about and sitting on our grape arbor lately was the villain in this scenario. Apparently a dead bird hanging off a bird feeder is another type of scarecrow.   Because there’s been scarcely any birds hanging around since.  Even when I filled the feeders to overflowing.
I’m sure it has nothing to do with the fact that the temperatures dipped into the mid 40’s Saturday and Sunday night.
So far, so good with Princess Nagger not making too much of a fuss going to school.  She’s only had a few instances where she started getting all teary eyed and saying “But I’ll miss you too much!” right before getting on the bus.  By the time she gets home she’s all happy and smiles and says she had a great day.  That makes me happy.
Now the only lament she’s having lately is the fact she has a dentist appointment first thing tomorrow morning.  I don’t blame her for the lament, after all, the dentist isn’t my favorite place, either.  Although she does get to wear an ‘elephant nose’ and inhale some laughing gas…I wonder if they’ll let me wear the ‘elephant nose’ for a few minutes when she does the inevitable loud wailing?  Hopefully she’ll actually breath through her nose so it’ll be effective.
Aside from the fact that it’s a dentist appointment, it also happens to be Library Day at school that day, so she’s bummed she’ll miss out on checking out new books.  If her library card was here, I’d take her to the library after the dentist, but I think she’s thinking more like a trip to Toys R Us.  Wonder if she’d think it was cool to buy a book there instead of a toy?  I might have to test that theory out.
Princess Nagger is single-handedly trying to revive the fad that once was.  The Furby.  My aunt sent her one a couple of years ago, but it scared her.  Now she loves them.  And wants more.  I found my old Furby and brought it back to life to ‘play’ with the Furby my aunt sent her, but that wasn’t good enough.  She wanted a whole ‘family’ of Furbies.  Luckily I found some on eBay and got her three more.  I know, I’m enabling her.  I’m going to regret it, I’m sure.  At least she’s been having fun getting them to talk to each other.  It is kind of funny and annoying all at the same time.

Why don’t you stop by the  Un-Mom’s and unload some of your own Randomness.  She won’t mind.