I decided to save myself some time and energy and combine a number of posts into one. Of course that means a little more work by way of reading for you, but I’ll try to make it easy to follow along. Promise.
Happy Halloween!!
I know…..it’s only the beginning of August and I’m wishing you a Happy Halloween. Well, when I had a few errands to run on Tuesday, this is the sight that greeted my eyes when I turned the corner in one aisle: 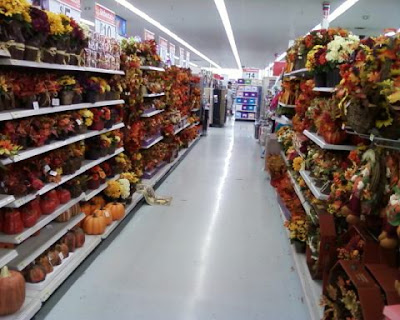 After I tweeted a lament about not having my camera with me to capture this sight, I realized that my cell phone camera would work just fine…sorry about the quality of the shot, but you get the idea. Half the items on the shelf are Halloween items, with ‘Happy Halloween’ emblazoned on them, the rest are general ‘fall decorations’. Correct me if I’m wrong, but didn’t they use to hold off on that until the Back To School stuff was depleted? You know, like September? For that matter, the Back To School stuff showed up in July – before June was even a memory.

How early is too early? That’s either a rhetorical question or a moot point, I haven’t decided yet. August is definitely too early for Halloween/Fall decorations. September is too early for Christmas – it used to be that you wouldn’t see any Christmas decor until Black Friday, the day after Thanksgiving. In recent years it seems that Memorial Day is their Christmas Season ‘kick-off’. Way too early for my preference.

So my actual Aloha Friday Question is: When do you start decorating for the ‘seasons’? For me, I tend to decorate for Halloween at the beginning of October, mixing Fall Decor with a few Halloween items that can be removed right after Halloween and remain through Thanksgiving. Then I decorate for Christmas during the ‘long’ Thanksgiving weekend, depending on how busy we are for that particular weekend. I used to wait and decorate for Christmas after my birthday in early December, but since I like to go overboard all-out for that particular time of year, I figured we might as well have a ‘festive’ atmosphere for the entire month, including my birthday. 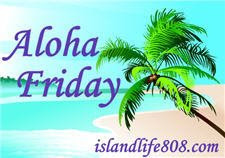 Speaking of ‘holidays’, Hubby forgot our anniversary on Tuesday. I mentioned something about it Monday night when he mentioned he had band practice Tuesday night, but it went right over his head. Tuesday I ran out and bought him new anniversary cards (yes, plural – I always get him one funny one and one serious one) because I haven’t been able to locate the hiding place I put the ones I bought him 2 months ago and didn’t want to not have a card waiting for him. When he got home from work they were waiting for him propped on his computer monitor. I didn’t set the gift I got for him there, because I didn’t want him to feel bad. I should have let him feel bad.

This is the first year he’s forgotten. And the first year he’s not gotten me anything for our anniversary. We’ve been mostly together for 12 years, married for 6. He did bring home 2 dozen roses on Wednesday with a card. No actual gift. He explained why he got the dates mixed up (5th vs. 4th) but it was still obvious that even though he thought the date was the 5th he didn’t plan or think ahead. He said if he had remembered our anniversary the day before, it would have been one dozen roses.

Not sure how I feel about that, and I’m not sure how to communicate how I feel about the fact that he not only forgot, but he pretty much blew off this important day by not getting or doing something thoughtful. Especially when he’s been buying shitloads of stuff for himself (collectible coins, 2 new guitars, etc.) Honestly it kinda makes me feel insignificant and worthless. Needless to say, I ended up not giving him his gift – I’m hanging onto it until Christmas. Maybe. Sure it’s petty, but I’m feeling a bit petty right now. First Mother’s Day, now our anniversary. I hate to think that the year might potentially end on a bad note with my birthday and Christmas both in December. 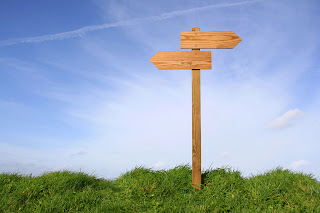 On to more cheerful things (perception, people!) blueviolet and Stesha have challenged each other to Jillian Michael’s 30 Day Shred – more power to them! I’ve heard it can be brutal, so I’ll let ’em knock themselves out. Meanwhile, I’ve rejoined the merry band of Wii Mommies (though they don’t actually know it yet) by dusting off my copy of EA Sports Active and Wii Fit this week.

I didn’t realize that the last time I did a Fitness Friday post was exactly 2 months ago… I wonder if I should have joined blueviolet and Stesha for their 30 Day Shred, as I’m feeling pretty ‘shredded’ myself this week! But the good news is that I’m down another 5 pounds, so I’m motivated to keep at it. Especially since I want to make sure I’m comfortable in my own skin when I step out of my comfort zone next year and go to BlogHer 2010 – and since blueviolet happens to be one of my roomies for that event, I better make sure I keep up with her before we go so I can keep up with her when we’re there.

Princess Nagger: “I give this 4-and-a-half stars.”

PN: “Yes, 3-and-a-half stars for being cool, and only 1 star because it didn’t pit all the cherries.”

Me: “It didn’t pit all the cherries?”

PN: “No, it left some of them in, so it only deserves one star. You can go ahead and go on the website and put 4-and-a-half stars on there for me.”

What is she talking about? The Cherry Chomper: 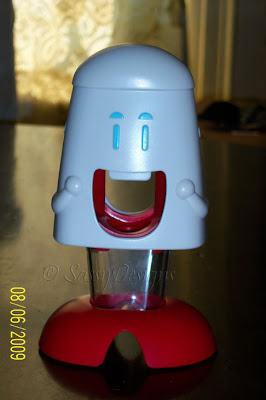 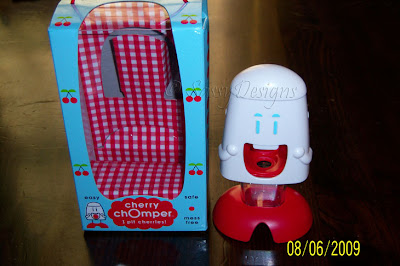 Kathy B! – this is what you need for your daughter… I can’t promise she and her clothes will remain cherry juice free, but maybe it’ll make the mess more fun! 😉 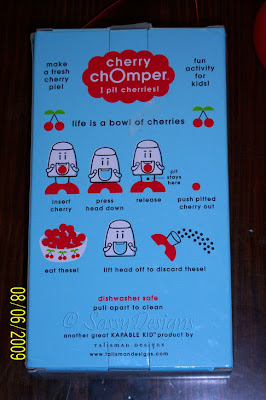 Thanks for putting up with my cramming today – and if you have time, be sure to stop by and say hi to Mrs. 4444 at Half Past Kissin’ Time for fun Friday Fragments, Sara at Ordinary and Awesome for Friday’s Freewrite, Wii Mommies for Fitness Friday, Ann Again and Again for VGNO, and Island Life for Aloha Friday.