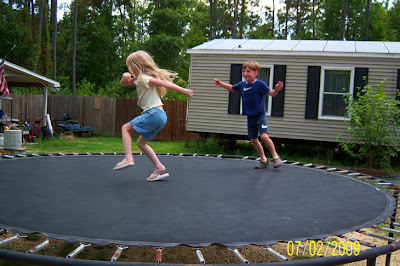 Princess Nagger was ‘directing’ Luke for some upcoming ‘tricks’: 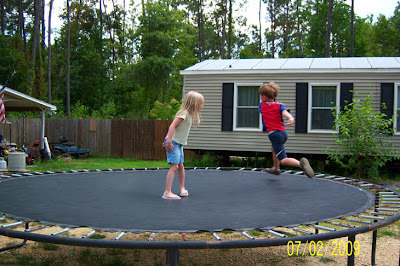 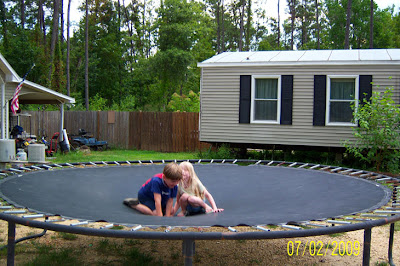 The actual moment of impact: 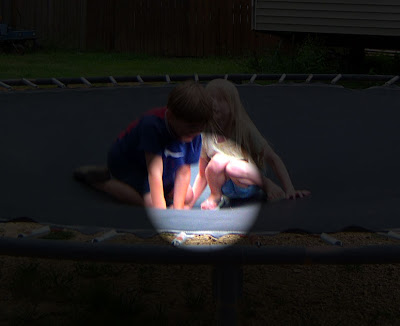 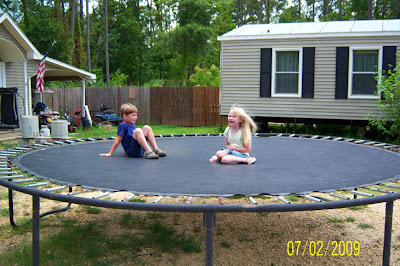 “He landed on my arm right heeerrrrre!!” 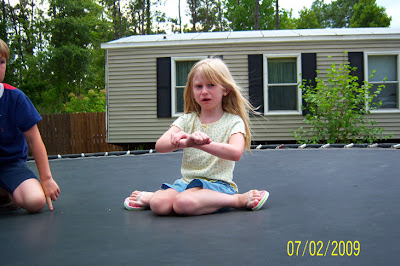 Both were being admonished from the peanut gallery their respective daddy’s from under the gazebo in the distance: 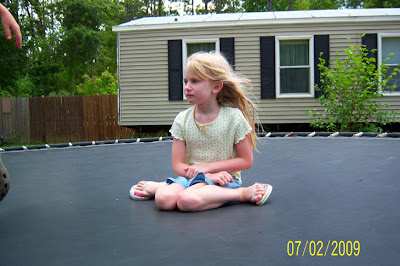 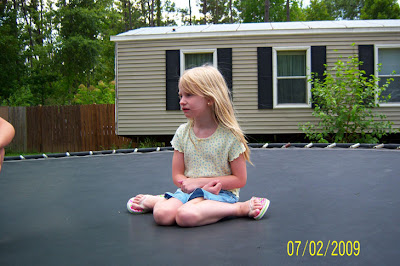 Luke got off the trampoline, leaving the Drama Queen sitting all by herself, pouting: 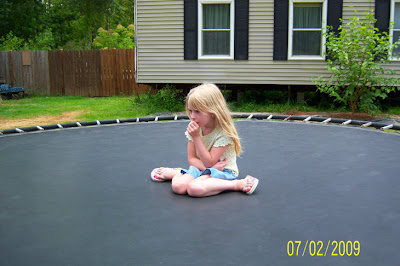 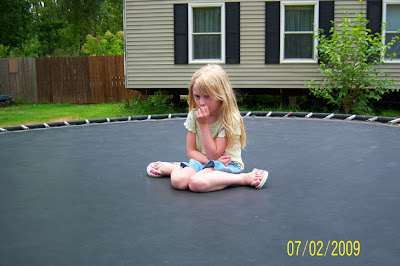 He noticed me continuing to snap pictures, and asked politely if he could take a picture. I was very impressed he did a great job getting this picture: 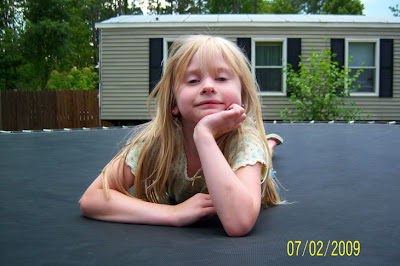 Obviously the drama had passed almost immediately and the Princess Nagger was just fine. They did commence to more (careful) jumping afterward and no other incidents occurred (that we know of). 😉
We had a great time visiting (in spite of the supreme heat), but it’s so good to be home (in actual civilization…you know, where we have a reliable and fast internet connection). 😉 I did, however, have the unmitigated gall to come down with a major sinus infection during the 2-day drive home… *cough*sniffle*achoo!*…

Since my doctor can’t see me until next week, I have to suck it up and deal with the major sinus headache, blowing my nose every 5 minutes and hacking up gross stuff until I can waste 2-3 hours of ‘hurry up and wait’ to have them tell me what I already know and then give me a prescription to knock it out of my system. Which means I’ll be a bit loopy from the over-the-counter-crap-that-doesn’t-work until then, so as I’m catching up and commenting, be aware that I’ll probably be a little more goofy than normal…’normal’ being a relative term when it comes to me… (snicker!)