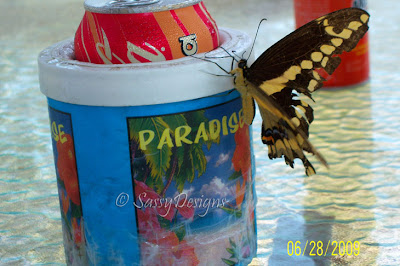 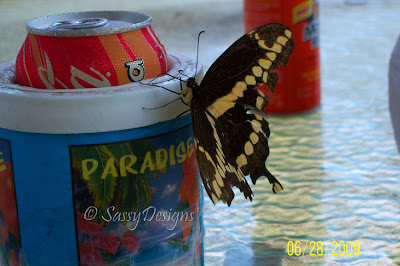 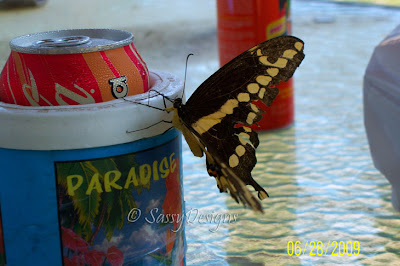 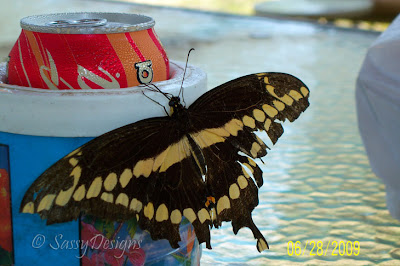 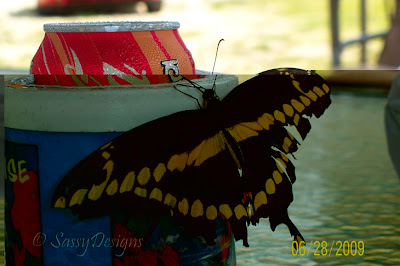 Sitting out under the gazebo on Monday, which was turning out to be a hot, sultry day in Louisiana – I was just sending a twitter update via my cell phone since the internet connection was null and void, when this decided to alight on my unopened Vanilla Coke. I was worried that it would take off before I had a chance to grab my camera on the other side of the can, but it hung out for quite a while, helping itself to the cool drops of condensation on the side of the can.
For Wordless Wednesday, be sure to visit Wordless Wednesday, 5 minutes for Mom, Go Graham Go, JollyMom and Momspective for more great Wordless Wednesday Posts. Mr. Linky has been having issues lately, so be sure to leave your post link in the comments so we can pay a visit! 😉

35 thoughts on “Wordless/Wordful Wednesday – Up Close and Personal”