It’s Monday! You know what that means, don’t you? Time for the Not Me Monday Carnival! After you’re done reading what I absolutely did not do, head on over to MckMamma’s, she’s guaranteed to make you laugh – or at least feel better about your week. This is too much fun not to participate in! 😉
I did not totally forget to set the alarm Thursday night to get up at 5:30am Friday morning to send hubby off to work. I did not wake up at 7:20 am instead and think it was Saturday, only to not be thrown into a panic when I realized it wasn’t Saturday and hubby would be late. I was not relieved to see that hubby had already left for work. (whew!)

I did not make a pot of coffee and drink the whole thing as I was not trying to play catch up with my blog-hopping. I did not let the Princess Nagger sleep in until 10:30 a.m. just to have some quiet blogging time…nope, not me! 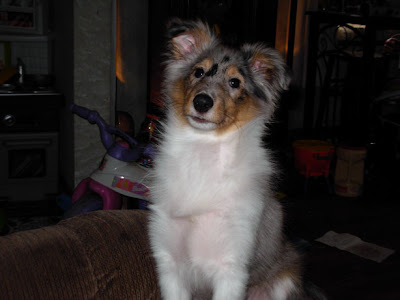 Since I did not have to spend 45 minutes cleaning and sanitizing the puppy’s crate and powder room, and did not let the Princess Nagger sleep in later than usual, I was not delayed from giving the Princess Nagger her nutritious breakfast so she would have a full tummy at school in the afternoon. I did not simply zap a Jimmy Dean egg bacon and cheese breakfast biscuit and tell her to eat it as fast as possible since the bus would not be there in 45 minutes.

I then did not let her come out to the Summer House with me so she could not play a Barbie game on her computer while she did not inhale her breakfast sandwich so I could try to do some catch up on my blog-hopping. I did not bring the kitchen timer out to make sure we didn’t lose track of time, because that would be silly.

I did not reset the kitchen timer to give the Princess Nagger 5 more minutes, because she is not a slow eater and had only polished off 1/4 of the breakfast sandwich. I did not encourage her to take two more giant bites before we grabbed her backpack to wait out front for the bus, because that meant she did not get a chance to brush her teeth before going to school…nope, not me!

I did not then have her polish off the last half of her breakfast biscuit with 3 St. Patty’s Day cookies for her after school snack, and I did not take a picture of the evidence…nope, not me! 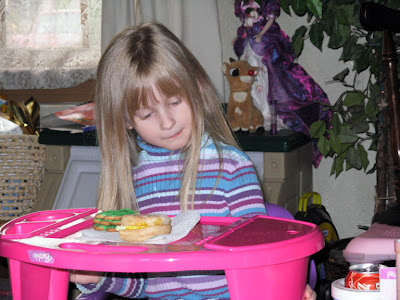 My WiiFit did not get more of a workout from our cat sleeping on it during the week because I did not NOT end up having time to use it. Which is why I did not skip posting my Fitness Friday post…nope, not me! 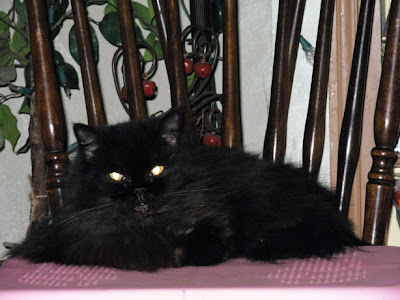 Now you know a few of my little things that I did not do. Feel free to leave me a comment and let me know what you did not do either. 😉
Sharing is fun:

It’s Monday! You know what that means, don’t you? Time for the Not Me Monday Carnival! After you’re done reading what I absolutely did not do, head on over to MckMamma’s, she’s guaranteed to make you laugh – or at … Continue reading →

It’s Monday! You know what that means, don’t you? Time for the Not Me Monday Carnival! After you’re done reading what I absolutely did not do, head on over to MckMamma’s, she’s guaranteed to make you laugh – or at … Continue reading →

One thought on “Not Me! Monday”