When you set out to get fit, you know that you will have good days and bad days…or a week. 😉 This week was my ‘one of those weeks’. Princess Nagger was off school the first 3 days of the week, so my ‘Mii’ and ‘Wii’ time was greatly compromised. I only had a chance to get on the WiiFit once – yesterday – after the Princess Nagger went to school. I planned on posting my update late today so I would have a chance to have done at least 2 workout sessions for the week instead of the measly one…except that Hovering Hubby came home a mere 1/2 hour after the Princess Nagger got on her bus to school. Arrrgh! My looked-forward-to ‘Me’ (and ‘Mii’) time was defunked way too many times this week. But there’s always next week… 😉 At least the one workout session I got in yesterday was successful – I’ve lost another pound in spite of my lack of participation, so just think how much better it’ll be next week when I get my WiiFit Mii time! 😉

Here are some examples of what I had to deal with this week:

A frumpy bed-head girl who didn’t want her hair brushed since she didn’t have to go to school…nice try! 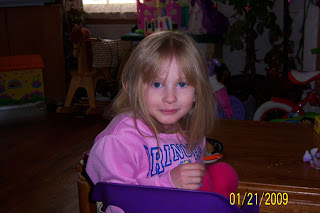 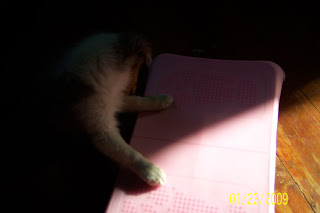 OK, my turn, I think I can do this…stepping on… 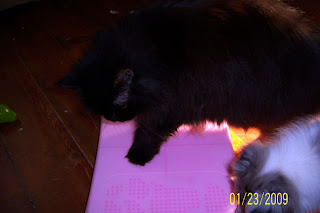 Oh yeah, this is comfy! 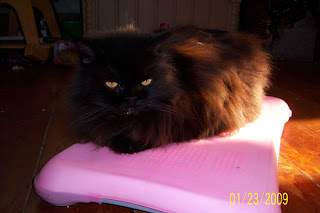 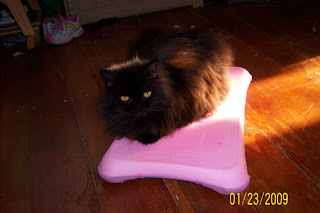 Wait, who invited the little fuzzball to work out with me? 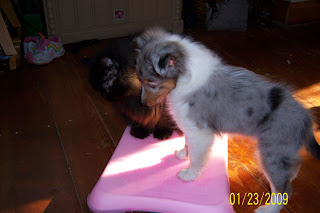 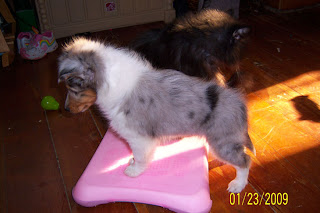 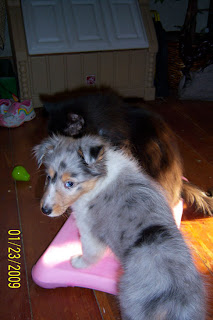 I’m sure the reason I still lost a pound even though I didn’t get the chance to work out daily is because I’m focusing on really watching what I eat. You know, like this: 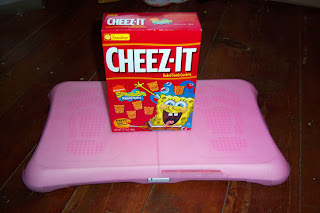 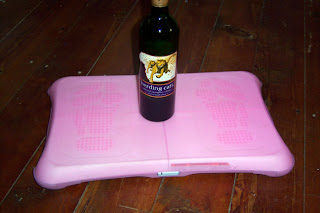 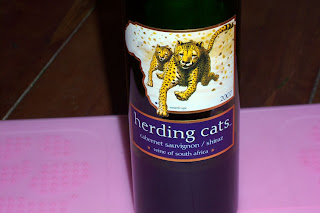 And look! I’m naked on the WiiFit! 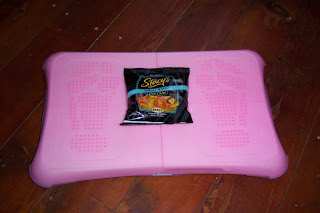 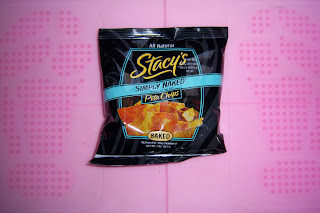 Haha, perverts! 😉 But these namesake pita chips are really really good – if you haven’t tried them yet, you must! Besides, they have a cool name… 🙂

When it was all said and done, however, I did do much better with this: 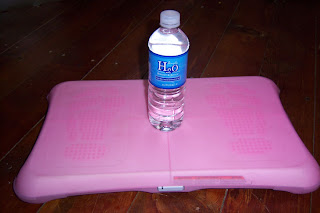 So in spite of my lack of WiiFit Greatness this week, I did at least get on it one time, and the other days were spent playing various Wii games with the Nagging Princess – so aside from playing Harvest Moon (which is not a ‘physical’ game), the other games at least got us up and moving…just not as intensely as WiiFit. Next week will be my WiiFit week for sure! 🙂

I sure hope your fitness week has gone better than mine! If you have a WiiFit and want to join in the fun, please do! You won’t be sorry…it’s great to have such a fun support group (which reminds me – I still need to make time to hang out at the WiiFit Mommies Forum more often…I haven’t been there in quite a while, sorry!) Oh, and don’t forget – February 13th (yes, Friday the Thirteenth) the WiiFit Mommies are having another Twitter Party – the last one was crazy fun, so don’t forget to mark your calendars and join in on the next one!

Until next week – have fun on your WiiFit workouts and don’t forget to sign Mr. Linky with your weekly WiiFit adventure posts! 🙂

Pausing to remember those who lost their lives or loved ones on this day eight years ago. We will never forget. Now back to our regularly scheduled program… Is it Friday already? What happened to this week? Besides major chaos, … Continue reading →