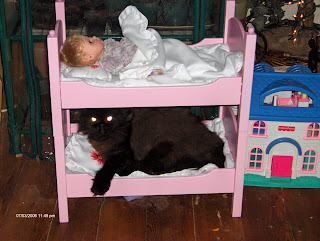 Norman, our black Persian, is a cool cat. Really cool. Everyone who meets him loves him and wants to take him home with them. He puts up with anything – including being decorated by feathers: 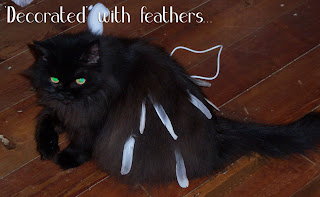 And even letting the Princess Nagger put her tutu on him. (Darn! Where was my camera for that event?!) But for some reason, the Princess Nagger seems to have it stuck in her mind that a ‘tiger striped cat’ would be even better. Why? I have no idea. She’s not telling. Instead, this conversation recently took place:

PN: “Because then we can turn him into a tiger-striped cat.”

Me: “Why in the world do you want to turn him into a tiger-striped cat?”

Me: “Norman’s a cool cat all on his own…he doesn’t need to be changed into something else!”

PN: “But I want a tiger-striped cat!”

Me: “I can see this conversation is going nowhere. We are not dyeing Norman’s hair, it’s not good for him, and besides, Norman’s ‘cool’ just the way he is!”

PN: “But he’d be cooler if he were tiger-striped!”

Me: “Not gonna happen…we are already getting a new puppy, we don’t need to get another cat, too!”

PN: “Well, if we’re getting a brother for Elvis, then we need to get a brother for Norman so he doesn’t feel left out. A tiger-striped one.”

Negotiations with the Little Princess are so hilarious – her mind is always working overtime looking for that next ‘angle’ in the negotiation process. She’s going to be a handful as she gets older. Especially during her teen years. Oh how I’m nervous about those teen years. 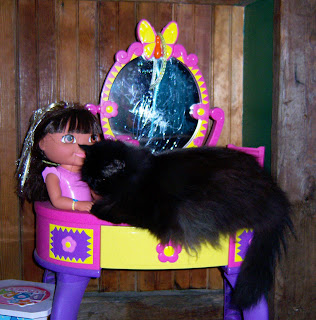 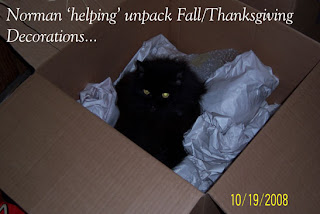 Norman is a cool cat just the way he is. I made sure to point out to the Little Princess that it’s not a good idea to try to ‘change’ others – people or pets – to make them what you want them to be. When I asked if she would want someone insisting she be turned into something else, or changing her in any way, she didn’t like that so much. Norman wouldn’t either. He’s staying the cool cat he already is. End of discussion! 😉
Sharing is fun: